Betty Compson: From Pantages to the Bowery Boys 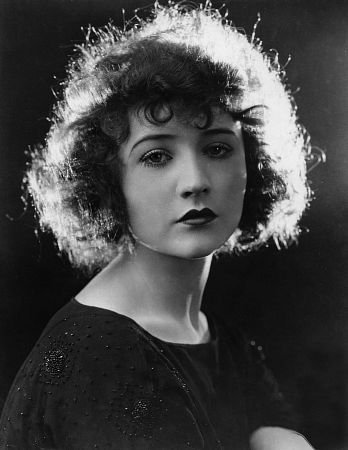 Eleanor Luicime “Betty” Compson (1897-1974) was born on this calendar day. Since Compson appeared in so many silent comedies, I was tempted to place her in our “Stars of Slapstick” series, but in the end that was just chapter her 22 year film career. And she can truly be said to have gotten her start in vaudeville, hence our heading.

Born in rural Beaver, Utah, Compson entered show business by playing violin in a vaudeville pit band in Salt Lake City. This led to a tour of the Pantages Circuit as a solo act. In 1915 she was spotted by scouts working for Al Christie, and this was how she broke into films.

From 1915 through 1919 she was one of Christie’s principal comediennes, working  with such co-stars as Eddie Lyons, Lee Moran, Neal Burns, and Eddie Gribbon in comedy shorts. (It’s commonly mis-stated that she was frequently paired with Fatty Arbuckle. This is untrue; she only appeared with him in one film, The Sheriff, in 1918).

In 1919 she graduated to features. Her appearance in the smash hit The Miracle Man (based on a George M. Cohan play) opposite Lon Chaney, led to a four year contract at Paramount and major stardom. Interesting projects from this period include the 1925 adaptation of George S. Kaufman and Marc Connelly’s Beggar on Horseback with Edward Everett Horton and Esther Ralston, and the hilarious slapstick Paths to Paradise with Raymond Griffith, also 1925. That year, she also married one of Hollywood’s top directors, James Cruze, with whom she was to remained spliced through 1930.

One of Compson’s best known films from the late silent period was The Docks of New York (1928) in which she played a suicidal woman, in a cast that also included George Bancroft, Olga Baclanova and Clyde Cook. She was nominated for an Oscar for role in The Barker (1928). 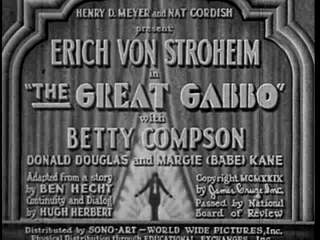 With the happy assistance of TCM, I’ve seen quite a lot of her work from the early sound period, her last days of major stardom. 1929, saw her in (among other pictures), the pot-boiler musical On with the Show! with Arthur Lake, Joe E. Brown, Sally O’Neil, Louize Fazenda, Harry Gribbon, Lee Moran, Ethel Waters, and the Fairbanks Twins; the racy pre-code Street Girl, in which she bunks with three musicians, played by Jack Oakie, Ned Sparks and John Harron (with Joseph Cawthorn and Doris Eaton also in the case); the rather insane battered-woman ventriloquism drama with Erich von Stroheim called The Great Gabbo (which we’ve written about here), and the all-star revue The Show of Shows. In 1930 she was in She Got What She Wanted opposite Lee Tracy, and the first sound version of the Alaskan tale The Spoilers, plus about eight other movies.

By the mid 30s, Compson, though still gorgeous, was playing supporting parts, no longer the star. One of her notable later parts was in Alfred Hitchcock’s attempt at comedy Mr. and Mrs. Smith (1941).

One of her very last parts was as a femme fatale in the Bowery Boys feature Hard Boiled Mahoney (1947). She retired in 1948 to help her husband run his manufacturing business, Ashtrays, Unlimited. I wish I had made that up, but I didn’t.

For more on early film history don’t miss my new book: Chain of Fools: Silent Comedy and Its Legacies from Nickelodeons to Youtube, just released by Bear Manor Media, also available from amazon.com etc etc etc. For more on vaudeville, consult No Applause, Just Throw Money: The Book That Made Vaudeville Famous, available at Amazon, Barnes and Noble, and wherever nutty books are sold.