Joseph Cawthorn: A Star for More Than a Night 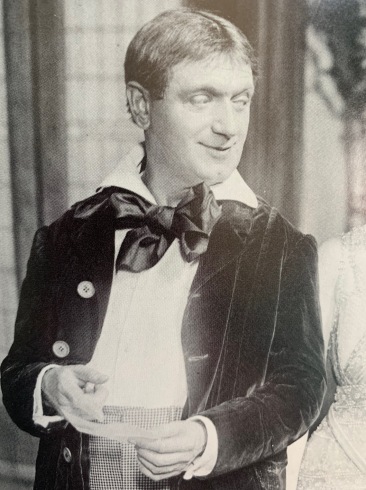 A few words about Hollywood character actor Joseph Cawthorn (1868-1949). Cawthorn’s film career ran from 1927 through 1942, and he had prominent roles in such films as the Fairbanks–Pickford version of The Taming of the Shrew (1929, the first talkie for both stars); Dixiana with Wheeler and Woolsey (1930); one of the scariest horror movies of all time White Zombie (1932); Gold Diggers of 1935; and the bio-pics The Great Ziegfeld (1936) and Lillian Russell (1941).

Born into a family of minstrel show performers he came into the business at age three as a “pick”, toured the U.S. and England, as a child, then went into vaudeville his brother with a blackface** two-act in the early 1880s, singing, dancing and doing comedy cross-talk. Mid-decade he went into burlesque where he thrived for over a decade. Both vaudeville and burlesque experience added a “Dutch” (German) characterization to his repertoire, and it was to become a mainstage of both his stage and screen careers. 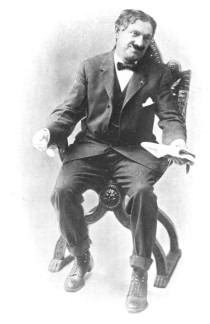 From 1898 through 1922 Cawthorn was a major star of Broadway. Victor Herbert’s The Fortune Teller (1898), the extravaganza Mother Goose (1903), and a stage adaption of Winsor McCay’s Little Nemo (1908). The stage work dried up for him in the twenties, and that’s what sent him west.

To learn more about the roots of variety entertainment, consult No Applause, Just Throw Money: The Book That Made Vaudeville Famous, available at Amazon, Barnes and Noble, and wherever nutty books are sold.