Lon Chaney: The Man of a Thousand Faces

This is anecdotal, but I think it holds true. The pecking order of genre popularity (and Q recognition) in old silent films today runs something like this:

4. Melodrama (with a preference for the spectacular ones, such as Griffith’s Way Down East) and Westerns

I’m thinking mostly of that Q factor. The comedy stars are still stars; they translate well to our own time. We recognize their make-up, and there’s little confusion about what is going on when one character hits another over the head with a frying pan. 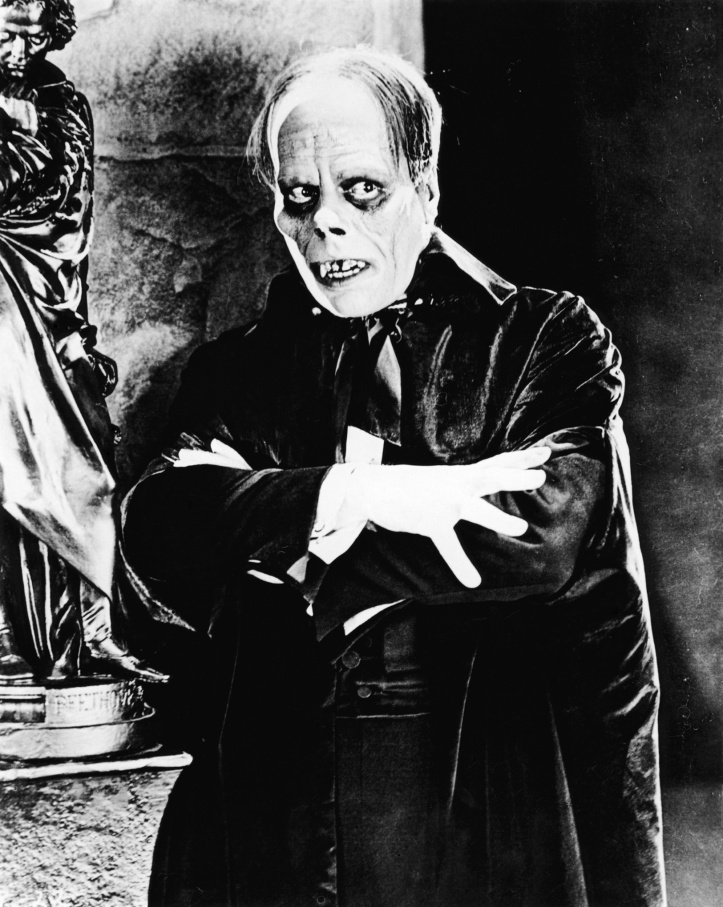 BUT, thanks very largely to Lon Chaney, horror is a mighty close second. In the introduction to Chain of Fools I talk about how as a young man my only way to experience most silent comedy films was vicariously through a handful of library books. Well, like a lot of kids of my generation (and older) the same was true of silent horror and from a much younger age. We used to spend a lot of time in the school library poring over books about the history of Hollywood horror movies. Chaney wasn’t the whole story of course. There was John Barrymore in Dr. Jekyll and Mr. Hyde. There were the German films like The Cabinet of Dr. Caligari and Nosferatu. But a big chunk of it was Chaney. I’d venture to guess that among the few people who’ve seen any silent films at all, very high on the list of films they have seen is The Phantom of the Opera.

His second most famous make-up was for the now lost London After Midnight which can now be watched in a piecemeal reconstruction made out of film stills. After that, The Hunchback of Notre Dame, and then his many amputees(!) At any rate Chaney was already inspiring us as kids, long before we ever saw his movies. The fact that we knew his son’s work well via the frequently screened wolf man and mummy movies made the father that much more mysterious and legendary. 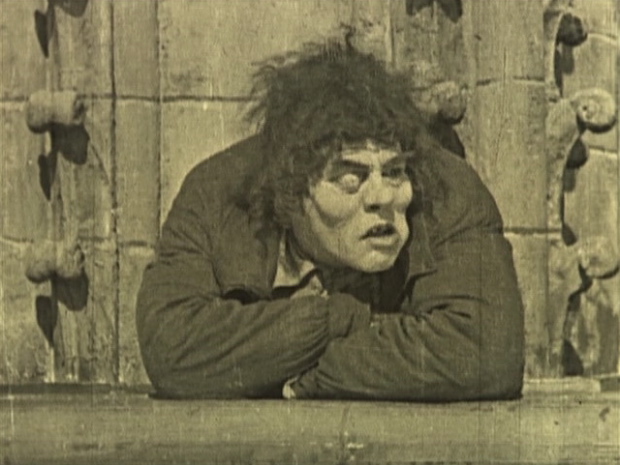 Here is his bio: Leonidas “Lon” Chaney (1883-1930), the “Man of a Thousand Faces” was born on April Fool’s Day to a pair of deaf parents. How perfect is that? As a result, he became adept at pantomime and dumb show at an early age, which evolved naturally into a professional acting career after the turn of the century. For over a decade he barnstormed the country as a traveling trouper; this is where he acquired the old-fashioned make-up skills that would serve him so well in the cinema. Along the way (1905) he met and married singer Cleva Creighton, the mother of Creighton Chaney, later known as Lon Chaney, Jr. A scandal involving her attempted suicide while he was managing the Kolb and Dill company in Los Angeles led to his break from both her and the theatre, pushing him into motion pictures in 1913.

Chaney struggled along in smaller character parts for about five years before his gifts for silent acting and his mastery of make-up were noticed and exploited by producers. He was to be one of the most sought after actors of the 1920s. He is best known today for a series of signature roles where he played tortured anti-heroes who are either deformed or mutilated and endure a Christ-like amount of selfless suffering for the sake of a love. Many (but not all) of these were at MGM with director Tod Browning. Nor were all his roles in the horror genre. For example, he was a pirate in Treasure Island (1920) and Fagin to Jackie Coogan’s Oliver Twist (1922). His best known films include The Penalty (1920), The Hunchback of Notre Dame (1923), He Who Gets Slapped (1924), The Unholy Three (1925), The Phantom of the Opera (1925), The Road to Mandaly (1926), Tell it to the Marines (1926), Mr. Wu (1927), The Unknown (1927), London After Midnight (1927), Laugh, Clown, Laugh (1928), and West of Zanzibar (1928). But these were only a portion of his overall output. His last role (and only talkie) was the sound remake of The Unholy Three (1930). He was slated to play the title role in Tod Browning’s Dracula, but he died of a throat hemorrhage. With him died an entire breed of actor. In the 30s, the transformation of Hollywood studios into factories became complete; a few years later, the industry was unionized. Never again would an actor be allowed to create or apply his own make-up.