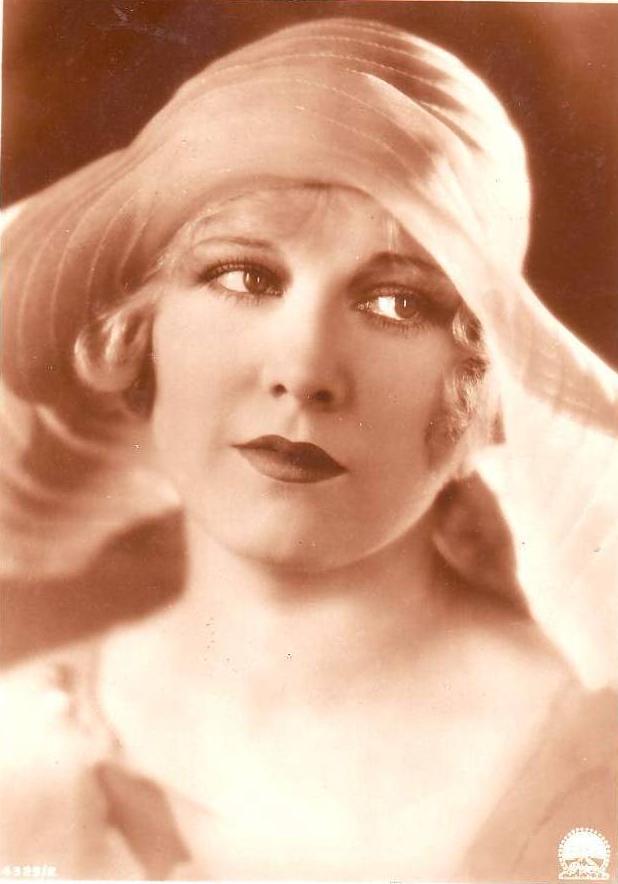 Today is the birthday of Esther Ralston (1902-1994). She began her performing career in the family vaudeville act “The Ralston Family with Baby Esther, America’s Youngest Juliet.”.

She broke into films playing bit parts at age 13. By 1920, she got her first decent role as Mary Jane Wilks in Huckleberry Finn, in which her younger brother Howard was also cast. In 1924 she got one of her best roles as Mrs. Darling in the first film adaptation of Peter Pan. In the late 20s, she was one of Paramount’s biggest stars, starring in films like A Kiss for Cinderella (1925) and American Venus (1926), which thereafter became her tagline. Nowadays the latter film and its title are usually associated with Louise Brooks, who made her debut in that film. The actual star was Esther Ralston. She often played fun-loving society girls, and remained in demand as a star into the early talkie era with films like Von Sternberg’s now-lost Betrayal (1929), The Prodigal (1931) and After the Ball (1932). It was during this period that she briefly returned to vaudeville, headlining at the Palace in 1930.

By 1940, she was a supporting player although still getting respectable roles. Nevertheless she opted to leave films. Throughout the next decade she worked regularly on radio and in live theatre. In the 1950s and early 60s she worked in television.

To find out more about vaudeville past and present, consult No Applause, Just Throw Money: The Book That Made Vaudeville Famous, available at Amazon, Barnes and Noble, and wherever nutty books are sold. And on silent film, don’t miss my new book Chain of Fools: Silent Comedy and Its Legacies from Nickelodeons to Youtube, just released by Bear Manor Media, also available from amazon.com etc etc etc