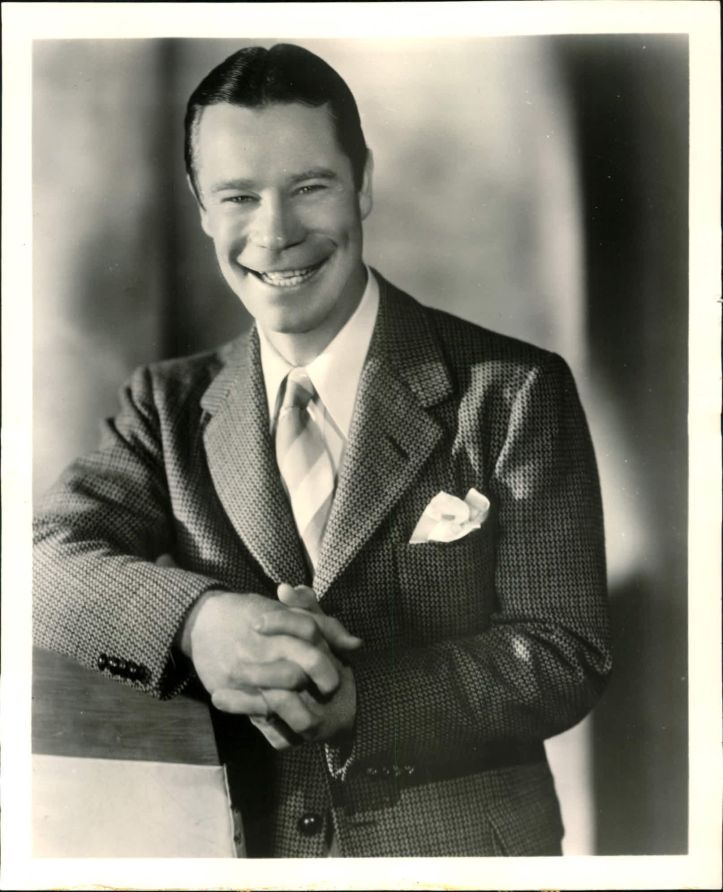 Known now primarily as a film comedian (he was one of Hollywood’s biggest stars in the early 30s), Joe E. Brown began his professional career as an acrobat in vaudeville and circuses. An enormous mouth , two strange slitty little eyes and a penchant for multi-colored vests were the assets he rode to success – but he was also an extraordinarily gifted comic.

Born the third of seven children in 1892, Brown was brought up in relative poverty, the son of a house painter, in rural Ohio. As a child, Brown started selling newspapers and shining shoes on the streets of Toledo. 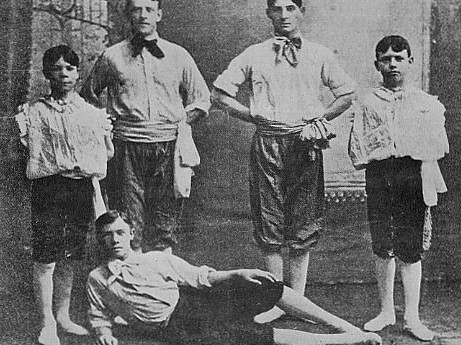 At age ten, he auditioned for the Five Marvelous Ashtons, a small time acrobatic troupe run by one Billy Ashe. He was so young, his parents signed the contract on his behalf for his first tour. The Ashtons were what is called a “casting” act, i.e., a trapeze act where one member is thrown, does a mid-air somersault and is caught at the end. As the smallest member of the troupe, Brown was the one who got thrown and caught. Brown was a natural. Not only did he have the gift of physical coordination, but he also had that equally rare gift: the patience to attempt a seemingly impossible feat over and over and over again until he got it right.  The Ashtons played several circuses that first season: Sells & Downs; Busby Bros., John Robinson, Floto. The act was bad, and they got fired from each gig for not living up to their promises. Brown was ill-fed, underpaid, and he received a beating if he flubbed his tricks or talked out of turn. Brown did four seasons with the Ashtons, until his family pulled him out when they finally heard of the ill treatment which Brown had stoically kept hidden.

A friend sent a query letter out on his behalf, and a man named Tony Bell got in touch. Brown moved to New York to join Bell’s act. Astoundingly, Bell turned out to be crueler than Ashe, whose beatings were “fatherly” at least. Brown’s job was to stand on the shoulders of one acrobat, bounce on a trampoline, do a trick in mid-air, and land on the shoulders of the other. The so-called Prevost-Bell Trio didn’t last long. Bell saw to that by intentionally neglecting to catch Brown on one of his flips, causing him to break his leg. Such was the power of the employer in those days.

Brown recuped for several weeks in 1909 with the other member of the trio, Frank Gude (Prevost). When Brown got better, the two formed Prevost and Brown, a comedy acrobatic act. Brown had studied the clowns while in the circus, imitating their faces, etc. He worked up a “sneezing” bit that became a favorite part of the act.

His funny faces (and the body language that went with them) are the key to Brown. In addition to his natural equipment, which was prodigious (his real face was a virtual clown mask), his mode of performing was a highly wrought succession of comic faces, utterances and gestures – very reminiscent of Jim Carrey. As with Carrey, the effect is sidesplittingly funny. It appears that he has thought long and hard about his performance, dreamt of the funniest take on each beat, and delivered it with the artistry of a Heifitz. Just as with Carrey (or Jerry Lewis), the comedy is self-reflexive; the comedian is willing to go to great lengths to humiliate himself, to be a total dolt. Brown would cook up ways to get a laugh out of the tiniest, most insignificant bits of business. He learned to use his big mouth to great effect, as when he opened it wide to speak…paused for effect…and then emitted a really tiny voice.

Prevost and Brown played in burlesque to good reviews. Over the course of nine years, they worked their way up to big time in vaudeville:  the Palace. Brown was called the “Corkscrew Kid” because of his most popular maneuver. From the Pantages circuit they worked their way up the Orpheum, a move they had to change their name to accomplish, becoming Rochelle and Brown. They now good bookings in good houses, but, being acrobats, they were still always last on the bill. 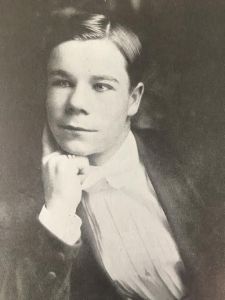 Following a tour of the Marcus Loew circuit in 1915, Brown retired from show business briefly when he learned his wife was about to have a baby. First, he managed a pool hall, then worked in a factory. Then he joined Prevost again; he wasn’t making any more money at a “regular, steady job” anyway. Getting up there in years, Prevost now needed longer and longer breathing spells, so Brown increased his talking. He began telling a story of a “little mousie” who fell in a vat of whiskey. He devised one of the most ingenious bits in the history of vaudeville. Brown planted a a trampoline in the orchestra pit where it would be unseen by the audience. At a certain point in the act, he would fall flat as a board into the pit and bounce right back on stage. It never failed to surprise and delight audiences. 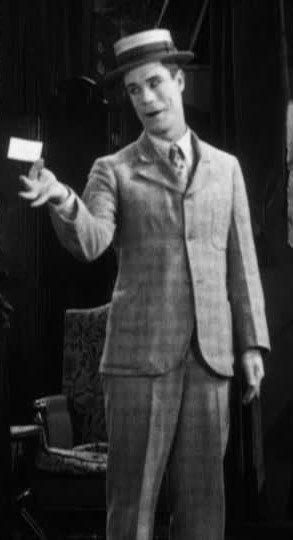 1917-18 was Brown’s last season with Prevost. He decided his next move would be to become a solo comedian. With great savvy, he decided he would go back to burlesque to work on this new act. He signed a 5 year contract with manager John Jermon. He broke it to take the lead in a show called Listen Lester when the lead became sick. Unfortunately, it was one of those heartbreaking phantom breaks — on the night Brown’s show was to start, Equity called a strike, and Brown, who hadn’t even known what Equity was, joined it. He was thrown of work for several weeks, literally starving. Then, ironically, he was grudgingly given a bit part in the touring company of Listen Lester by the producer who swore he’d never hire him again. Brown milked every bit of his small ten-minute part for laughs, and critics and audiences loved him. From he here, he went on to do several revues and book shows—he is a hit in every one. Examples include the 1920 show Jim Jam Jems with Harry Langdon and Frank Fay, and the Greenwich Village Follies (1921-23). He did a popular sketch in vaudeville called  “Arrest Me” based on an O. Henry story. The plot concerned a hungry man who tries to get arrested so that he will at least be fed. Then he inherits a fortune and THEN gets arrested. Other shows included Captain Jinks (1925) based on Clyde Fitch’s Captain Jinks of the Horse Marines, and Twinkle Twinkle (1926). The national tour of the latter brought Brown to Hollywood, where he started working in films. 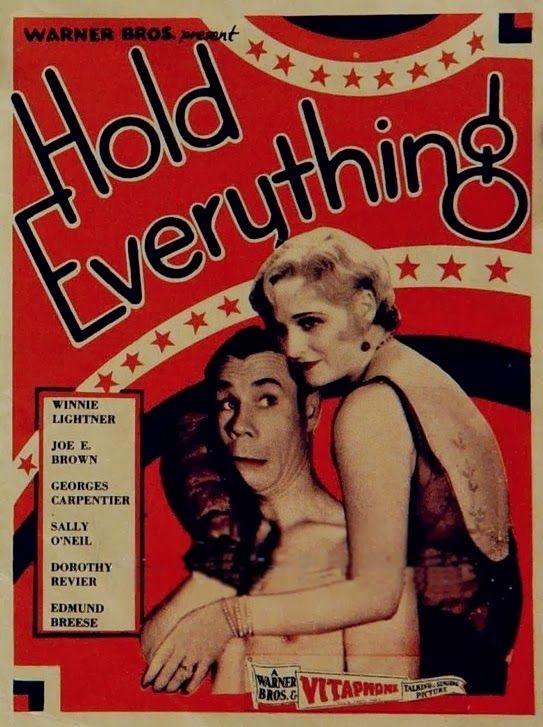 Brown did several silent pictures 1927-29, in most of which he unaccountably played dramatic roles. In 1928, he made his first talkie, the screamingly funny Vitaphone short Twinkle, Twinkle . During the years 1930-36 he made several successful pictures for Warner Bros.—he was, in fact, their reigning comic star. Titles included Hold Everything (1930) which he famously stole from Bert Lahr, Elmer the Great (which he performed on both stage and screen, in 1931), and many others. See my complete post on his films here. Though he was the country’s leading comedy star throughout the 1930s, ironically Brown is perhaps best known today as Osgood Fielding III, the character who has the last line in Billy Wilder’s 1960 film Some Like it Hot. Brown finally tumbled from this mortal trampoline in 1973.

To find out more about the history of vaudeville including veterans like Joe E. Brown, consult No Applause, Just Throw Money: The Book That Made Vaudeville Famous, available at Amazon, Barnes and Noble, and wherever nutty books are sold — and check out my related new book: Chain of Fools: Silent Comedy and Its Legacies from Nickelodeons to Youtube, just released by Bear Manor Media, also available from amazon.com etc etc etc