Bert Lahr: From Burlesque to the Big Time 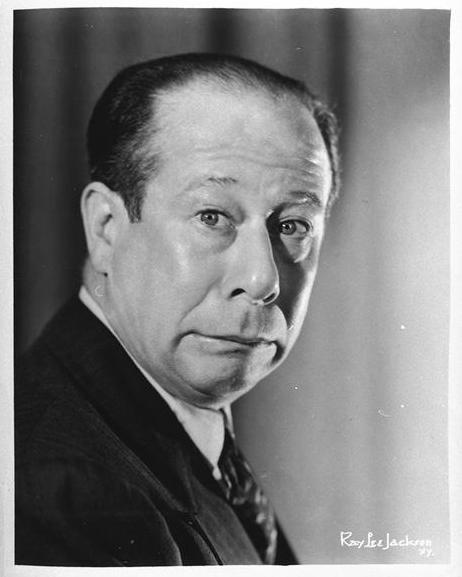 Anyone who has ever been a child knows and adores Bert Lahr for his performance as the Cowardly Lion in The Wizard of Oz. For sheer bizarreness, it would be hard to top Lahr’s trademark sound, impossible to convey in writing, but spelled by common consensus “gnong, gnong, gnong”. His face looked as though it had been drawn by the animators at Walt Disney, dominated by a nose the size and shape of a potato, and two bright, dancing  blue eyes that seemed capable of expressing a degree of happiness, sadness or fear only a cartoon character would be capable of.

Lahr created scores of such shamelessly broad characters in vaudeville, burlesque, and on the Broadway stage, but the consensus in Hollywood was that he was just too over-sized for the screen, sadly depriving his millions of fans the chance to see more of him. The loss is great and, one feels unnecessary, for the movies had no trouble accommodating the likes of Curly Howard, Lou Costello, and Martha Raye, and Lahr was a far superior actor to any of them.

He was born Irving Lahrheim in 1895, and raised in the Yorkville section of New York. His home life was grim. Not only was the family poor, but his father apparently hated his mother and himself. There were never any presents at birthdays or holidays, never any praise for any accomplishment, small or large. The young Lahrheim got his only pleasure from escape, from reading pulp novels and attending (when he could afford it) melodrama and vaudeville.

A school show in which he performed gave him the first approval of any sort he had ever had in his life. Shortly thereafter, he flunked out of the eighth grade and quit school permanently. He took a succession of menial jobs, from all of which he was fired. In 1910, he started out in a school act “The Seven Frolics” in which he did a Dutch dialect, and with which he performed for several years.

When he reached the age of 19 he tried breaking into vaudeville as a solo, but wasn’t too successful. He became friends with a young performer named Jack Pearlman. When World War I broke out the two friends changed their names to less ethnic sounding alternatives, Lahrheim’s to “Bert Lahr”, and Pearlman’s to “Jack Pearl” (Pearl later became famous on radio as (Baron Munchausen)

Lahr’s break came in 1915, when he started working for Billy K. Wells in the Columbia Burlesque Wheel. In five years time, he was a top banana in burlesque and ready for the next challenge. 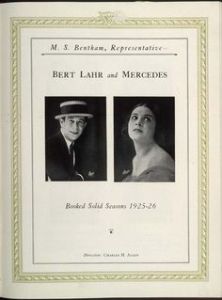 He partnered with a woman named Mercedes Delpino, a dancer who also became his wife. The sketch they developed “What’s The Idea?” brought them all the way to the big top in vaudeville, and was such a favorite, it was later included in the 1927 edition of Harry Delmar’s Revels and the 1946 show Burlesque.  In “What’s The Idea?”, Mercedes played a sexy vamp, Bert, a cop walking his beat:

Mercedes: Are you speaking to me?

Lahr: Yeah to you (and looking at her breasts) And to you, too.

Mercedes: Well, what was I doing?

Lahr: You was violating the law.

Lahr: Nineteenth amendment, Section Six, Upper 7, which says it’s a public nonsense to shimmy or vibrate any part of the human astronomy. And it’s punishable by a fine of one year of imprisonment for two years of E Pluribus Aluminum.

Mercedes: But what was I doing? I wasn’t doing anything wrong.

Lahr: You wasn’t doing anything wrong? Gnong, gnong, gnong! I saw you. I was standing right down there, and the second I saw you I said to myself, “This has got to stop at once.” So I watched you for ten minutes.

Within a year of launching this act in 1921 Bert and Mercedes were a top-ranking Keith-Albee act. There was something revolutionary about it. It had a sort of burlesque energy that folks had never seen before in vaudeville. It was gleefully brash, low, coarse, and low-class – but something about Bert’s ridiculousness made it acceptable to the more refined patrons of the Palace. 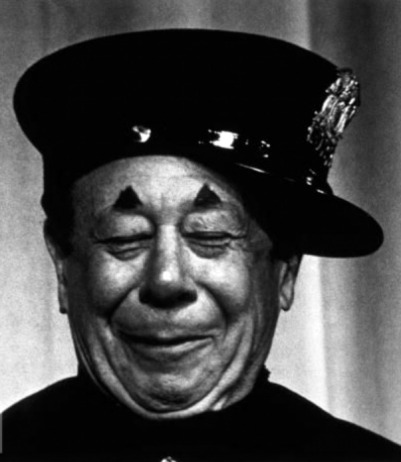 While in the act Bert was a nut and Mercedes the normal one, in real life their positions were somewhat reversed. Bert (like nearly all performers) was admittedly neurotic, but only insofar as he obsessed about perfecting the act. Meanwhile Mercedes slowly went insane. It started out with memory loss and strange moods, and by the end, she was breaking mirrors, setting fires, having blackout, amnesia, and trying to put her baby out the window. In 1930 Bert finally had her committed. 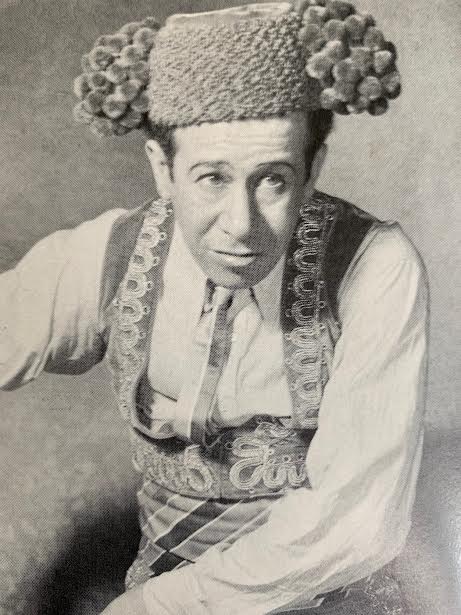 The tragedy with Mercedes was happening just as Bert became a star. A major breakthrough was his lead role in the musical Hold Everything (1928) in which he portrayed a punch-drunk boxer. A major opportunity slipped through his fingers the following year when Warner Brothers made the show into a film. Lahr was starring in the touring production of the show at the time, and the producers wouldn’t let him out of his contract. Lahr did not cross them, and Joe E. Brown got the part instead, launching a successful run of pictures that would last Brown through the 30s.

But despite the disappointment in Hollywood, Lahr was a smash success on Broadway and remained so throughout his long career. His long string of hits included: several editions of George White’s Scandals; Flying High (1930) Hotcha! (1932); Life Begins at 8:40 (1934); The Show is On (36) Dubarry was a Lady (1939), The 7 Lively Arts (1944), Burlesque (1946) and Two On the Aisle (1951). Perhaps surprisingly, given Lahr’s reputation as a “low” comedian, were numerous “highbrow” plays:  the American debut of Waiting for Godot(1954); Androcles and the Lion; The School for Wives; A Midsummer Nights Dream (Bottom, of course), and Hotel Paradisio. (1957)

He starred in S.J. Perelman’s ill-fated The Beauty Part (1962) which, by all accounts would have been a smash but but for the newspaper strike which prevented both ads and rave reviews from reaching New York theatre-goers. His last stage role was in Foxy (1964), based on Ben Jonson’s Volpone. These last years were also when Daws Butler paid him in homage with his Snagglepuss character.

Lahr died in 1967, while filming The Night They Raided Minsky’s, a movie that, like so much of his work, as an homage to the glory days of baggy pants burlesque.

To find out more about Bert Lahr and the history of vaudeville, consult No Applause, Just Throw Money: The Book That Made Vaudeville Famous, and for more on classic comedy check out  Chain of Fools: Silent Comedy and Its Legacies from Nickelodeons to Youtube