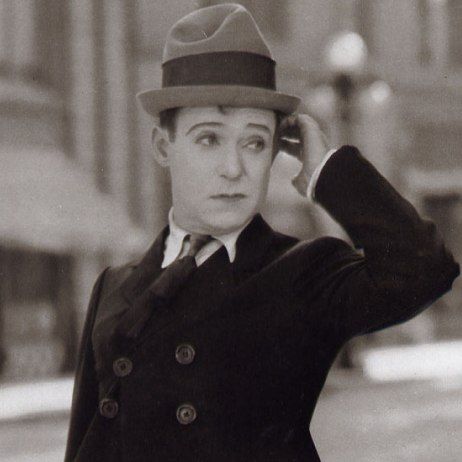 Something about America’s Breadbasket produced a lot of silent comedians: Buster Keaton and Fatty Arbuckle were both born in Kansas. Harry Langdon came from Council Bluffs, Iowa. Born in 1884, Langdon ran away as a teenager to join Dr. Belcher’s Kickapoo Indian Medicine Show, and other traveling operations. Over the next few years he worked a variety of medicine shows and circuses, doing acrobatics, singing in blackface**, and performing lightning sketches (drawing pictures really fast). He also developed a chair balancing act, climbing to the top of a mountain of chairs and bottles, and making the whole assemblage sway back and forth precariously.

Early in the 20th century he launched the act for which he was famous over the next twenty years, which would eventually become known as “Johnny’s New Car”. With his wife and comedy partner Rose Frances Mussolf, Langdon would appear onstage in a stalled car, and attempt to get it going again. The act featured lots of hilarious crosstalk and a certain amount of slapstick, including some elements of the car that would fall off or explode. The act took the Langdons all the way from small time, to big time, to the Palace itself, and then Broadway.

Langdon was a funny little man with a baby face and a slow reaction time, forever scratching his head and pursing his lips in underplayed consternation while appalling things happened around him. He began to bring this quality to the screen in 1923 in a couple of shorts for Sol Lesser. The following year he was traded to Keystone and that is where he became a star. Working with a team that included Frank Capra, Harry Edwards, and Arthur Ripley. Langdon developed his character further, into a sort of “baby man”, a very strange clownish character that had some of the qualities of a child and some of an adult. (Some assert that his character was the basis of Stan Laurel’s more famous later work; I think there is a strong argument to be made that this at least partially true). In the late twenties, Capra and Langdon began to do features. The first three The Strong Man; Tramp, Tramp, Tramp; and Long Pants) were very successful, but then Langdon, emboldened by his success, fired Capra and began to direct his own pictures. 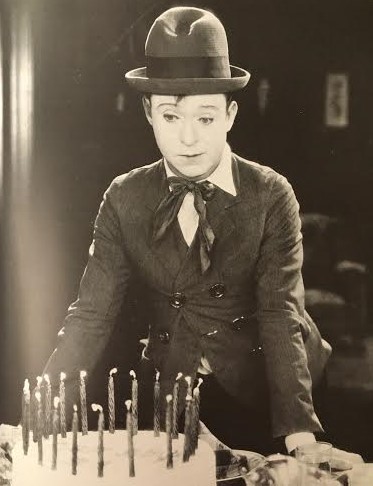 His career began a rapid descent from that point, but contrary to popular opinion (to the extent that there is one on the subject of Langdon) he was far from finished. Read my post about Langdon’s career in talkies here at Feet of Mud.  I have also blogged about many of his silent films; find those posts (and others related to Langdon) here. Harry Langdon died in 1944.

To learn more about silent and slapstick comedy and great comedians like Harry Langdon, please check out my new book: Chain of Fools: Silent Comedy and Its Legacies from Nickelodeons to Youtube, just released by Bear Manor Media, also available from amazon.com etc etc etc, and to find out about  the history of vaudeville, consult No Applause, Just Throw Money: The Book That Made Vaudeville Famous, available at Amazon, Barnes and Noble, and wherever nutty books are sold.

****Obligatory Disclaimer: It is the official position of this blog that Caucasians-in-Blackface is NEVER okay. It was bad then, and it’s bad now. We occasionally show images depicting the practice, or refer to it in our writing, because it is necessary to tell the story of American show business, which like the history of humanity, is a mix of good and bad.