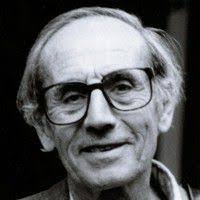 A brief celebration today of Arthur Marx (1921-2011), best known and most accomplished of any of the Marx Brothers’ offspring. Arthur was Groucho’s oldest child (named after Harpo), and it speaks a lot to his spirit that he persisted (and succeeded) at being a writer in a family so competitive, and with so relentlessly critical a father. What a shadow to have to work under! Yet he may have found some wiggle-room to distinguish himself by the fact that he more resembled his mother, the Scandinavian-American Ruth Johnson than his famous dad. If you took Groucho on directly, you were going to lose.

Speaking of Johnson, Arthur is often thought of (at least he is by me) as a sort of Boswell to Groucho, having written the books Life with Groucho (1954), Son of Groucho (1972), My Life With Groucho (1992, a rewritten version of the first one), and Arthur Marx’s Groucho: A Photographic Journey (2001), as well as the stage show Minnie’s Boys (1970), and the teleplay Groucho (1982), which starred Gabe Kaplan, and later played in theatres as Groucho: A Life in Revue, starting in 1986. Father and son seem to have had a hot-cold , love-hate relationship. Groucho even sued him at one point.

But Arthur actually achieved a lot outside the Marx orbit. He distinguished himself primarily as a writer of show biz biographies and a scriptwriter on sitcoms and movies. He’d been a champion tennis player as a teenager, served in World War Two, then became a joke writer for Milton Berle’s radio show. Movies he cowrote included Blondie in the Dough (1947), several Pete Smith shorts, and the Bob Hope comedies A Global Affair (1964), I’ll Take Sweden (1965), Eight on the Lam (1967) and Cancel My Reservation (1972). His most notable TV credit consisted of writing 40 episodes of the sitcom Alice (1977-1981) with cowriter Robert Fisher. In addition to creating Mickey Rooney’s short-lived sitcom Mickey (1964), he also wrote episodes of McHale’s Navy, My Three Sons, Petticoat Junction, The Mothers-in-Law, Nanny and the Professor, Love American Style, Maude, The Jeffersons, a TV special for Jack Benny, and Lucille Ball’s ill-fated final sitcom Life with Lucy. His Broadway play, The Impossible Years (also co-written with Fisher) opened in 1965 with Alan King and played for two years. It was made into a 1968 movie starring (a miscast) David Niven.

His non-fiction books were possibly better known than a lot of the screen work. His book Everybody Loves Somebody Sometime (Especially Himself) (1974), about Dean Martin and Jerry Lewis, was made into the 2002 TV movie Martin and Lewis with Jeremy Northam and Sean Hayes. Others included Goldwyn: A Biography of the Man Behind the Myth (1976), Red Skelton (1979), The Nine Lives of Mickey Rooney (1988), The Secret Life of Bob Hope (1993). In addition to these, he also wrote several novels, and collections of humor and essays.

To learn more about show biz history, please see No Applause, Just Throw Money: The Book That Made Vaudeville Famous, and for more on classic comedy film , please read Chain of Fools: Silent Comedy and Its Legacies from Nickelodeons to Youtube.