The Many Parts of Melvyn Douglas 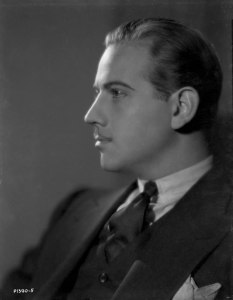 Today we recall that long-ago era when a man, even a movie star, could be called “Melvyn” with impunity. The one we have in mind is of course movie star Melvyn Douglas (Melvyn Edouard Hesselberg, 1901-1981).

I am old enough to have seen some of Douglas’s last pictures in the cinema as first run films, which represented the tail end of his 60+ year acting career. Interestingly his long film resume is kind of bracketed by horror pictures: The Old Dark House (1932) and The Vampire Bat (1933) on the front end, and The Changeling (1980) and Ghost Story (1981) on the back. And, James Whale associations aside, Frankensteinian is a word I am tempted to use about the star. Douglas is a bit of a composite creature. The name and the pencil thin mustache remind me of Douglas Fairbanks Jr, his voice and manner remind me of the young William Holden, the overall underlying homeliness of Wallace Beery. Yes, I said homeliness! In this too is the actor somewhat Frankensteinian; he looks sort of like he is held together by chewing gum. He must have been the devil to light and shoot and try to make “handsome”, with his receding hairline, ski slope forehead, and nose like the cow-catcher on a locomotive. Yet, he and his packagers pull it off, not just through the magic of Hollywood artifice but because of Douglas’s appealing, confident personality, his intelligence, and his masterly histrionic skills and authority, developed through years of stage experience.

The son of a classical musician, Douglas was born in Georgia, and began his career as a teenager with stock companies in the midwest. He was still in his late teens when he served in World War One. By 1928 he was appearing on Broadway. On his fifth Broadway show, Tonight or Never (1930-31) he met Helen Gahagan, soon to be his second wife, displacing Rosalind Hightower (Ileana Douglas’s grandmother). The screen version of that play became his first Hollywood film. Other notable pictures from the classic studio era included Annie Oakley (1935) with Barbara Stanwyck, Theodora Goes Wild (1936) with Irene Dunne, Captain’s Courageous (1937) with Freddie Bartholomew, Spencer Tracy, and Lionel Barrymore), Ninotchka (1939) and Two Faced Woman (1941) both with Greta Garbo, The Sea of Grass (1948) with Tracy and Hepburn, and Mr. Blandings Builds His Dream House (1948) with Cary Grant and Myrna Loy.

In 1960 he starred in the original Broadway production of Gore Vidal’s The Best Man. This led to some later film roles in which he played elder political statesmen, such as The Candidate (1972) with Robert Redford, and The Seduction of Joe Tynan (1979) with Alan Alda. (This resonated with his marriage to Gahagan, who served in Congress). He was also a patriarch in the latter-day western Hud (1963) with Paul Newman, for which he won an Oscar, and I Never Sang for My Father (1970) with Gene Hackman, for which he was Oscar-nominated. Other interesting later stuff included The Americanization of Emily (1964), Roman Polanski’s The Tenant (1976), and Hal Ashby’s Being There (1979) with Peter Sellers and Shirley MacLaine, which was almost certainly my earliest introduction to him. I also saw Ghost Story (1981) in the cinema on its first run — the final film for Douglas, as well as Douglas Fairbanks Jr and Fred Astaire.

Today of course the torch has been passed to his granddaughter Ileana, who carries a bit of this inherited Hollywood magic wherever she goes and is a major star in her own right. Long May She Reign!