Today is the birthday of Peter Sellers (1926-1980), one of the great comic geniuses of the late 20th century. Sellers was second generation showfolk; his parents were both music hall performers. Headliner Dick Henderson brought the infant Sellers onstage at age two weeks to a burst of applause — his first bow. Sellers broke into theatre as a jack-of-all-trades at age 15, then later worked up a variety act with a partner called Altman and Sellers (ukulele songs and crosstalk),  played drums in jazz bands, and even told jokes between strips at a burlesque theatre. In the late 40s he broke into radio, a perfect showcase for his gifts as a mimic and dialect comedian. In 1951, his career took off as one of the stars of the influential Goon Show, which then led to film roles. 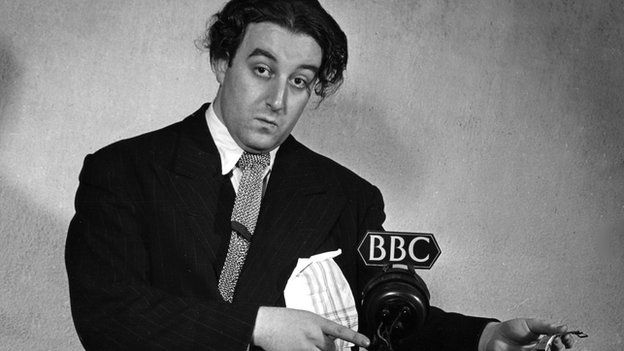 Sellers’ brilliance at slapstick, combined with his vocal genius on TOP of his devotion to his roles (often staying in character for long periods offscreen in order to prepare for a part) made him the ultimate comedy actor, and he was a major factor at the box office from the late 1950s through his early death in 1980 (with one notable career sag in the early 1970s). I first became aware of him as a child during his career Renaissance of the mid to late 70s, consisting primarily of his Pink Panther sequels, the Neil Simon murder mystery parody Murder by Death (1975), and his amazing performance as Chance the Gardner in Hal Ashby’s adaptation of Jerzy Kosinski’s Being There (1979).

Sellers’ early films often feel like he was being groomed as a successor to Alec Guinness (indeed the two co-starred together in The Ladykillers in 1955), the two men shared a facility with accents and physicality and both often delighted in playing multiple roles within films; although Sellers had no interest or training in classical roles, and often seemed to disappear so far into “real” roles that he tended to become uninteresting. He needed a big “hook” of some sort in order to create a character. Sellers could never play (at any rate never did) anything like Guinness’s character in The Bridge On the River Kwai. Like Guinness, he violated political correctness well into the era when it was becoming less and less common. In particular, his roles in The Bobo, The Party, Murder by Death and The Fiendish Plot of Dr. Fu Manchu are tough to take nowadays, and that by no means exhausts the list.

His best slapstick work was done in his films with Blake Edwards, including the aforementioned Pink Panther series, which launched in 1963, and The Party, in 1968. I confess I find these films complicated experiences to watch, mostly because I don’t like Edwards, whose work to me seems to lack proportion, taste, and depth (expect a lengthy blogpost on that subject to come; I also touched on the subject in my book Chain of Fools). I vastly prefer Sellers’ two collaborations with Stanley Kubrick: Lolita (1962) and Dr. Strangelove (1964). His true stretch of brilliance was the mid to late 60s with a string of crazy psychedelic comedies: What’s New Pussycat? (1965), Casino Royale (1967), The Party (1968), I Love You Alice B. Toklas (1968) and The Magic Christian (1969). By 1970’s There’s a Girl in My Soup , in which he co-stars with Goldie Hawn the magic seems to have ebbed.

I remember watching Sellers’ appearance on The Muppet Show around 1979 in which he joked that his real personality had been “surgically removed”, and by all accounts it was true — his personal life seems to have been a chaotic disaster. An only child raised in a steamer trunk, the upshot seemed to be that he was reared to be a sort of amoral, narcissistic monster, perhaps even a sociopath, with no empathy or no feelings of responsibility towards others. At the same time, he worked like a dog. He was felled by a heart attack at the age of 54, after having been repeatedly warned by doctors to take it easy. (Earlier heart attacks in 1964 and 1977 had been the first warnings). But death didn’t stop the Sellers movies, at least for awhile. In 1982, Blake Edwards picked his carcass clean by creating the egregious Trail of the Pink Panther, a comedy largely assembled from Sellers out-takes from the previous Pink Panther films.

There is also a 2004 BBC/HBO bio-pic entitled The Life and Death of Peter Sellers, which true to the great tradition of bio-pics, kind of gets everything wrong: facts, style, tone, soul, meaning. It strikes you as though it were made by an alien from outer space, as though the gulf separating us and the life of Sellers were not just one of decades, but of par-secs. Like all so much movies it is worth seeing to satisfy your curiosity about the bio-pic itself, but not its subject.