The Cinema of Blake Edwards 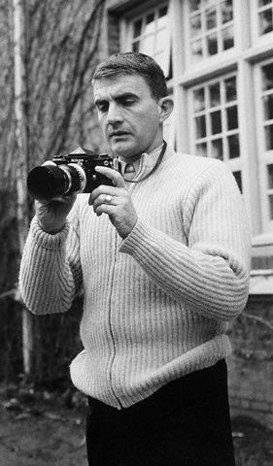 Allow me to disappoint you almost immediately. This will not be the hagiography you may be expecting. Unlike many people I know, I’m not an enthusiastic fan of Blake Edwards (William Blake Crump, 1922-2010) as a comedy director, nor am I particularly impressed by his Oscar winning drama. But such is his reputation that he must be grappled with, and he’s got his interesting points.

The first of which is that he was the step-grandson of J. Gordon Edwards (1867-1925) one of the most important directors at Fox in the silent era, and the man responsible for directing all of the blockbusters starring Theda Bara, most of which were lost in the 1937 Fox fire. The elder Edwards died when Blake was three. As a child Blake was more directly influenced by his stepfather, Jack McEdward, sometimes billed as Jack McEdwards (1898-1992), an assistant director in the 30s, and a production manager in later decades. I refuse to accept that Edwards isn’t also somehow related to writer/director/producer Owen Crump, with whom he collaborated on numerous projects. His birth father was named Donald Crump, and was from Oklahoma; Owen Crump was also from that state. He must be an uncle or a cousin I’m guessing, though I haven’t hit that particular gusher. Pains appear to have been taken to disguise the connection. Honestly, how many Crumps are there from Oklahoma? At the very least, they were distant relations, and were struck by the coincidence of the name, if nothing else. Owen Crump, btw, was married to Lucile Fairbanks, a niece of Douglas Fairbanks.

In the ’50s Edwards began writing and directing for television. His role as co-creator (with Richard Quine) of The Mickey Rooney Show (1954-55) is notable in light of that star’s baleful performance in Breakfast at Tiffany’s (1961). He was also the driving force behind Richard Diamond, Private Detective (1957-60) and Peter Gunn (1958-1961, followed by a 1967 film). In 1955 he broke into directing theatrical films with Bring Your Smile Along, a Frankie Laine musical. This and his other early film projects were co-written with Quine, most of them light comedies starring the likes of Tony Curtis, Janet Leigh, Jack Lemmon, et al. The most notable of these are the service comedies Operation Mad Ball (1957, with Lemmon and Ernie Kovacs), and Operation Petticoat (1959, with Curtis and Cary Grant, later adapted into a sitcom in the ’70s with John Astin).

Then, the oft-recited greatest hits: Breakfast at Tiffany’s (1961), which we wrote about here, followed the alcoholism drama Days of Wine and Roses (1962). For a time, Edwards was touted as a silent comedy revivalist, through such exertions as the Pink Panther movies, The Great Race (1965), and The Party (1968), some of which I’ve written about on this blog and in my book Chain of Fools.  Frankly, I find Edwards’ shooting and editing too slow moving, self conscious, and stentorian for slapstick comedy. I find him self-indulgent and deadly dull overall, although on certain occasions, as in The Party and a couple of the later Pink Panther movies with Peter Sellers in the ’70s he found a welcome, freer, and funnier groove. One often gets the feeling in the Pink Panther films that he would rather have been directing James Bond movies, and frankly that would have been much more his metier.

The musical Darling Lili (1970) co-written by William Peter Blatty, was his first team-up with his then-new-wife Julie Andrews, a period piece not unlike their much more successful later project Victor/Victoria (1982). Unlike many, I’ve never been a fan of the latter film, which I find lacking in sophistication and shallow in its exploration of its potentially fertile setting (Weimar Germany) and gender bending themes. It feels clumsy and conservative to me. In his late career Edwards fancied himself a wizard of smart farces, a kind of disco era Lubitsch, but I find these movies all boorish and crudely executed. They all run together in my head: 10 (1979), S.O.B. (1981), The Man Who Loved Women (1983), blah blah blah, there are several more. A lot of his late films are about the navel gazing of depressed middle aged men, with lots of sexist leering at women’s bodies (which is why he got a shout out in my Oily Men post). I find him obvious and lacking in subtlety. The sense you get of him from his films is an approving preoccupation with materialism and loveless sexuality. As a director, he has the instincts of a pornographer. I always feel like I need a shower after seeing certain Blake Edwards films. He kept crankin’ ’em out ’til the early ’90s though, still looking to recapture that pinnacle he had achieved in the ’60s and ’70s, of being seemingly in complete concord with the zeitgeist.

I mentioned I liked his westerns, though. What are probably my two favorite of his movies play with that genre: Wild Rovers (1971) with William Holden and Ryan O’Neal, and Sunset (1988) in which James Garner plays an aging Wyatt Earp helping Tom Mix (played by Bruce Willis!) solve a murder mystery in 1920s Hollywood. Another strong strand in Edwards’ canon are what might be called pseudo-Hitchcock films: stylish thrillers of one kind or another. There’s The Couch (1962) based on a novel by Psycho author Robert Bloch, screenplay by Edwards, directed by the aforementioned Owen Crump. That same year, Edwards directed Experiment in Terror, with Ross Martin as a psychotic killer. Also in this vein are The Carey Treatment (1972), based on a novel written by Michael Crichton under the pseudonym “Jeffrey Hudson”, and The Tamarind Seed (1974), which is very much like Hitch’s Torn Curtain, which had also co-starred Andrews.

After his last theatrical feature Son of the Pink Panther (1993), Edwards shepherded his Broadway adaptation of Victor/Victoria, which was a major hit, playing from 1995 through 1999. (I’d bet I’d have liked the live show better than the movie, but I was never fortunate enough to see it.) He then adapted his early screenplay He Laughed Last into a play called Big Rosemary which he mounted Off-Broadway in 1999, with some subsequent productions in the first decade of the new century.

For more on silent and classic film comedy, please read Chain of Fools: Silent Comedy and Its Legacies from Nickelodeons to Youtube.