The Comedy Career of Tony Curtis

This won’t be a terribly in-depth post, but will essentially take a look at the fact that for a period roughly coinciding with the 1960s, Curtis was almost exclusively a comedy star, and, as a related phenomenon, in his later decades he fell victim to his own penchant for self-parody.

As is well known in earlier years, Bronx-bred Curtis cut his teeth in lots of historical epics set in Rome and Medieval Europe. This was largely because of his stunning good looks and fine physique more than any classical acting abilities (“Yonda lies the castle of my fatha”.) When he got the opportunity to play roles closer to himself, things began to click. A number of these roles from the mid ’50s had a show biz angle worth mentioning here. He plays the title role in the 1953 Houdini bio-pic, a movie that made a big impression on me as a kid when I saw it on TV. He plays second fiddle to Burt Lancaster (an actual former trapeze artist) in Trapeze (1955). In 1957, he had a breakthrough role as sniveling night club press agent Sidney Falco in Sweet Smell of Success (also with Lancaster) — in some ways his defining role.

The following year Curtis was nominated for an Oscar for his performance in Stanley Kramer’s landmark race relations picture The Defiant Ones. This was sort of the high water mark for Curtis as a dramatic actor. While he later gave some critically acclaimed dramatic performances in such films as The Boston Strangler (1968) and Lepke (1975), his reputation lost momentum when he went in a very different direction and stayed that course for a surprisingly long time.

1959 was the turning point. He co-starred in Billy Wilder’s Some Like It Hot (1959) with Jack Lemmon and Marilyn Monroe. This wildly successful film remains many people’s favorite comedy, and Curtis’s tour de force performance involved playing the conventional comic leading man, but also had extended sections in female drag (which he did disturbingly well), as well as extended sections in the persona of Cary Grant. Interestingly, that same year, he co-starred in Blake Edwards’ service comedy Operation Petticoat with Grant himself. Grant was clearly a hero to Curtis, and for awhile a clear career model, for wasn’t Grant to a large extent best known as a good-looking light comedian? In time, Curtis’s Cary Grant parody elided into a self-parody; he played the part of a movie star, wore ascots and scarves, and indulged all that, “honey, baby, sweetie, bubby” Hollywood shtick in interviews. As with his good friend Jerry Lewis, you saw him like this on talk shows, and then it began to creep into his movies. In later years you often felt he was playing his persona rather than the character in the screenplay. I definitely include Curtis among the “Oily Men” I wrote about here.

At any rate, now Curtis was a comedy star, mostly in sex farces, although sometimes in action-comedies. The films included: Who Was That Lady (1960) with Dean Martin and soon-to-be ex-wife Janet Leigh; The Great Imposter (1961), technically a bio-pic about a famous con artist, but it allows Curtis to play many fun characters; the Damon Runyon-derived family comedy Forty Pounds of Trouble (1962); the Gregory Peck service comedy Captain Newman, M.D. (1963); Wild and Wonderful (1964) in which he co-starred with his second wife Christine Kaufman and a French poodle; the George Axelrod–Vincente Minnelli comedy Goodbye Charlie (1964) opposite Debbie Reynolds; Sex and the Single Girl (1964) with Natalie Wood; the Blake Edwards silent comedy tribute The Great Race (1965) which reunited him with Jack Lemmon; the sex farce Boeing Boeing (1965) which finally put him onscreen opposite his friend Jerry Lewis (in his first subdued part); Not With My Wife You Don’t (1966) with George C. Scott (whose most recent comedy had been Dr. Strangelove);  the British made Arriverci, Baby a.k.a. Drop Dead, Darling (1966); Don’t Make Waves (1967) with Sharon Tate (!); the Italian made On the Way to Crusades, I Met a Girl Who…(1967); the comedy race film Those Daring Young Men in their Jaunty Jalopies a.k.a. Monte Carlo or Bust (1969) with Terry-Thomas; and the all-star Suppose They Gave a War and Nobody Came? (1970). 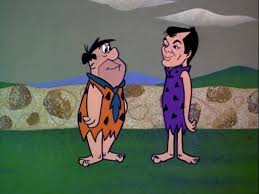 Throughout the same period there were comical cameos: in Pepe (1960); The List of Adrian Messinger (1963); Paris When it Sizzles (1964); Chamber of Horrors (1966); and on a famous 1965 episode of The Flintstones, wherein he portrayed one Stony Curtis.

In 1971, he shifted gears and co-starred in the British made tv series The Persuaders with Roger Moore, followed by his own short lived American series McCoy (1975-76). Drug problems (marijuana, then cocaine and alcohol) started to affect his career and he became less of a marquee name. While he began appearing in more diverse kinds of parts and pictures, it was normally in supporting roles.

Some notable comedies Curtis appeared in during the late ’70s included Casanova and Company (1977), Mae West’s Sextette (1978), and most infamously The Bad News Bears Go to Japan (1978). (When the latter film came out we couldn’t help wondering whom it was worse for, Curtis or the Bad News Bears franchise).

Some other late Curtis roles worth mentioning include a self referential role in the interesting 1973 TV movie The Third Girl from the Left with Kim Novak; the enjoyably terrible horror movie The Manitou (1978); The Scarlet O’Hara War (1980) in which he played David O. Selznick; and the 1980 adaptation of Agatha Christie’s The Mirror Crack’d, with Elizabeth Taylor and Rock Hudson.

Also…most intriguingly he starred in the 1984 comedy Where is Parsifal? with an all-star cast that includes Peter Lawford in his last role, Ron Moody, Donald Pleasance, Orson Welles, and Christopher Chaplin! This must be investigated! The film was thought lost for many years, but simply had a limited (then withdrawn release) but is apparently now available.

Obviously, he’s in a zillion things besides these with credits through 2008, but in the name of keeping it focused we end here.