On Barbara Stanwyck: Of Broadway, “Burlesque” and “The Big Valley”

Barbara Stanwyck (Ruby Stevens, 1907-1990) is a July 16 baby. I’ve done many smaller articles about her various films as well as a book review  — high time for a full proper post, especially since there are so many aspects of her career that touch on frequent content themes of this blog. By now, I have been thoroughly steeped in her career. My wife is a major fan of hers as well, so with her largely driving the process, I’ve ended up seeing very nearly ALL of Stanwyck’s movies — and it’s a lot of movies. It includes more obscure stuff like pictures from her Pre-Code period and her late western B movies, in addition to all her well known stuff.

While Stanwyck was never in burlesque per se it would remain a part of her image through the first couple of decades of her film career. That’s less well remembered nowadays; I would imagine that, of the minority of the public who remember her at all, their first thoughts are of noir, melodramas and the tv work. (Don’t bother, as some of you will, to protest that Stanwyck has not been forgotten. Author Dan Callahan devotes a section of his Stanwyck book to talk about an informal canvas he made of millennial friends — well-educated, fairly sophisticated New Yorkers — most of whom had no idea whom Stanwyck (the highest paid woman in the U.S. in 1944) was, in even a vague sort of way. You’d be shocked to learn what major figures of the past today’s young people have never heard of. I spoke to a room full of NYU kids in the performance studies department — none of whom had heard of Mae West. But enough with the digressive diatribe.) Stanwyck’s association with burlesque occurred because she started out in a highly related occupation, as a chorus girl in speakeasies and nightclubs and Broadway revues.

Orphaned at age four, a middle school drop out, a brawler, a smoker by age nine, a runaway at 10 and 11, Stanwyck followed into her sister Mildred’s footsteps by becoming a chorus girl. She’d made a study of it, watching her sister’s performances for years, and learning the routines. When she was 16 she got her first job at the club on the Strand Roof. It is said that she was in the chorus of the Ziegfeld Follies in 1922 and 1923, although IBDB doesn’t list her there. She performed and taught dancing in Texas Guinan’s nightclubs. In 1924 she danced in the Paul Gerard Smith revue Keep Kool, which featured Hazel Dawn, Charles King, and Johnny Dooley. Through these years her room-mate and close friend was fellow chorus girl Mae Clarke, also to become a movie star in the early 30s. Both were to be cast in their first dramatic roles in the 1926 play The Noose, which had been stunt cast with real chorus girls. The play was a hit, running for nine months.

It was at this stage that she took the stage name Barbara Stanwyck (having been billed as Ruby Stevens, previously). In 1927 she starred in the hit play Burlesque, which ran for ten months. In this show she played the leading lady of a burlesque company. Going forward she would be playing such characters, as opposed to living the life.

In her first film role (and only silent one) she and Ann Sothern, played fan dancers in Broadway Nights (1927). The following year she married big time vaudeville and Broadway star Frank Fay, who was 16 years Stanwyck’s senior.  (For the longest time, I thought Stanwyck hadn’t done vaudeville. But I just came across two items on my own blog! She did a sketch with Fay at the Palace in 1929. And, as a chorus girl, she had danced in Anatole Friedland tab shows in vaudeville and presentation houses).

In 1929, Fay and Stanwyck headed out to Hollywood so Fay could appear as the host in The Show of Shows. Most people anticipated big screen stardom for Fay and a shot in the dark for Stanwyck. The opposite happened. Many folks think their story was at least a partial model for A Star is Born. Fay was an abusive alcoholic. His dreams of being a leading man in movies were dashed by 1932. By that point Stanwyck had already starred in nearly a dozen Pre-Code melodramas, including some by Frank Capra, and she was just beginning her 60 year career at the top. In 1933, Stanwyck did Fay a favor and returned to New York to appear in his self-produced Broadway revue Tattle Tales. It closed after a month. The couple divorced in 1935.

A couple of Stanwyck’s early roles, Ladies of Leisure (1930) and Ten Cents a Dance (1931) seem to hearken back to her chorus girl past, and this is an illuminating period to watch her in. She’s scarcely more than a girl here, 23 and 24, and so as a “bad girl”, there is still an emphasis on “girl”. She is like a wild, adorable, fun-loving kid in these early Pre-Code pictures. But, much like her contemporary James Cagney, who had the same combination of a show biz background and real natural acting ability, she had access to a volcano of emotion she could unleash at a moment’s notice and pretty much blow anybody else out of the water. Frank Capra, who directed her in Ladies of Leisure, was the first to recognize this potential, and starred her also in The Miracle Woman (1931) a thinly veiled expose of radio evangelist Aimee Semple McPherson, as well as Forbidden (1932), The Bitter Tea of General Yen (1933), and the much later Meet John Doe (1941). The naughtiest of her pre-code pictures may well be Baby Face (https://travsd.wordpress.com/2011/05/12/variety-arts-2-burlesque/1933), in which she ruthlessly sleeps her way to the top, and there’s nothing subtle about it. 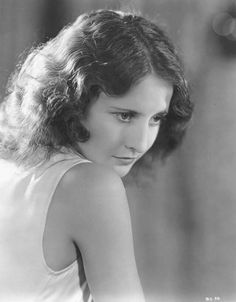 Racy melodrama would grow to be her meat and potatoes, even after the Production Code began to be strictly enforced in 1934. But she did re-visit the chorus girl theme in some notable later pictures. There’s the Howard Hawks-Billy Wilder screwball comedy Ball of Fire (1941) in which she plays chorus girl and gun moll Sugarpuss O’Shea. And the Gypsy Rose Lee murder mystery Lady of Burlesque (1943), in which she plays the heroine Dixie Daisey. This seems like her goodbye to the genre.

The smoldering sexuality she had access to was channeled into subtler expression as we get into her more mature years. Her performances in The Lady Eve (1941) and Double Indemnity (1944) practically cause the celluloid to burst into flames. But as early as The Strange Love of Martha Ivers (1946), the balance has begun to tip in another direction. In a lot of her later pictures she plays a tyrannical, overbearing woman, strong-willed and powerful but no longer so attractive. Instead of allure (a gaze, a mysterious smile) she substitutes chains. One wonders: can it have anything to do with her marriage to the fatally uninteresting cigar store Indian of an actor Robert Taylor from 1939 to 1951? One pictures him being not unlike the Kirk Douglas character in Martha Ivers: “Step away from the window, Bob — I wanna look at that man across the street.”

In the 50s, a lot of her movies were westerns; I blogged about them here.  She’d reinvented herself completely. From urban tough to a creature of the great outdoors. The ultimate was Samuel Fuller’s Forty Guns (1957) — in which she plays a lady rancher who rides at the head of a column of 40 men at her beck and call, and goes around cracking a whip, yelling “Ya!” This wasn’t just some anomaly Stanwyck was forced into, however. She really loved making westerns. When she died in 1990, by her request her ashes were scattered over the wilderness area where she’d shot many of the films during this phase of her career.

I don’t know if anyone has written about the parallelism of Stanwyck and Joan Crawford. Both began as chorus girls. Both compensated for faded beauty by becoming tough and “mannish”. Crawford had even done a western called Johnny Guitar (1954) which compares very nicely with Stanwyck’s westerns. And Stanwyck’s last couple of movies pair VERY nicely with late Crawford vehicles: her performance in the Elvis Presley movie Roustabout (1964) would go excellent with Crawford’s Berserk (1967) which also has a circus setting and features a mature woman attempting to bed a handsome young stud. And Stanwyck’s last film The Night Walker (1964) was a psychobiddy hagsploitation film by William Castle, who had also made Straight-Jacket (1964) and I Saw What You Did (1965) with Crawford. And both women were lifelong Republicans.

But unlike Crawford and almost every other actor of her generation, Stanwyck managed to add a third act to her long career. Almost every classic studio era movie star tried their own tv series in the 1950s, 60s, and 70s. Very few lasted beyond a single season. Stanwyck managed to be a staple of television until the 1980s. In fact that was how I first knew her — she was just a contemporary tv star. We saw her in reruns of he western series The Big Valley (1964-1969), and my mother watched her in the prime time soaps The Thorn Birds (1983), Dynasty (1985), and The Colbys (1985-1986.) She’d also had an earlier program The Barbara Stanwyck Show (1961). She won three Emmys during this phase of her career.

And above all there is this wonderful discovery, this 1980 back-door pilot for a gender-reversed Charlie’s Angels, called Toni’s Boys. We blogged about that hilarious artifact here.

Even in Toni’s Boys, Stanwyck was not bad precisely. While all was stinking around her, she at least was gamely giving a performance. Could she ever be bad? I can only think of two of her performances I’m not crazy about. In the 1939 Cecil B. DeMille western Union Pacific she is called upon to speak in an Irish accent, and the results are most unfortunate (her English accent in The Lady Eve is also lousy, but as it’s a performance within a performance we can give it a pass). And for the most part, I don’t think comedy was her forte. She’s great overall in The Lady Eve, but Sturges had crafted the whole movie just for her, and was able to communicate to her just what to do. And she’s great in Ball of Fire. But I’ve always found Christmas in Connecticut (1945) to be fairly dreadful. Some people call it a classic, but I find it fairly unbearable. Largely because of the script — I don’t care about any of what transpires in that movie. But also because of the casting. Farces are usually funny because a character who cares what other people think desperately wants to save face, so they run around from pillar to post trying to cover up whatever embarrassments are popping up. That ain’t Stanwyck. Stanwyck was about nature. “This is me. Take it or leave it. Make your decision. The clock’s ticking.” It’s no mystery to me I’d be attracted to a movie star like that.

For more on show biz history, including burlesque, Broadway revues, nightclubs and Hollywood, see No Applause, Just Throw Money: The Book That Made Vaudeville Famous, available wherever fine books are sold.