It was tempting to include Mack Sennett, the silent film era’s greatest comedy mogul, in my Stars of Vaudeville series. Sennett’s brief theatrical career brought him awfully close, but technically, to the best of my knowledge he was not in vaudeville per se. By his account, between the years 1902 and 1908, he performed in Bowery variety theatres alongside sideshow performers such as Little Egypt; worked in old school burlesque (very different from strip-ease era burlesque); and was in the chorus of several Broadway shows.

Sennett’s entree into show business was interesting. Born on this day in 1880, he was working as an ironmonger in Connecticut when he asked local lawyer and town mayor Calvin Coolidge for a letter of introduction to fellow Canadian Marie Dressler, who in turn wrote Sennett a letter of introduction to David Belasco, who then directed him toward some entry level jobs. Shows he claims to have been in included King Dodo, starring Raymond Hitchcock; Piff! Paff! Poof! starring Eddie Foy; and Mlle Modiste, starring Fritzi Scheff. 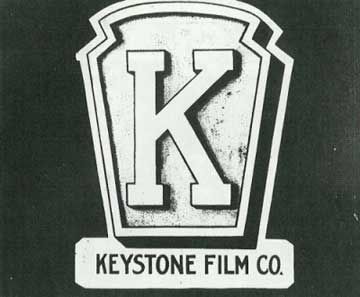 In 1908, Sennett went to work for Biograph, which is where he served his apprenticeship with D.W. Griffith. As Sennett loved slapstick and Griffith had no interest, Sennett became the ppoint person for directing comedies at the studio. From there it was just a hop, skip and a jump to forming his own company, Keystone, in 1912.

In the early years, he directed and performed in comedies himself. But within a few months, he was too involved with running his rapidly expanding studio to take the hands-on approach any more. Sennett was a maker of comedy stars. Among his discoveries: Charlie Chaplin, Mabel Normand (who became Sennett’s paramour; there’s even a musical Mack and Mabel about their romance), Fatty Arbuckle, the Keystone Kops, the Bathing Beauties, Harry Langdon, Ford Sterling, Mack Swain, Ben Turpin, Chester Conklin, Edgar Kennedy, Al. St. John, Charlie Murray, Billy Bevan, and in later years, Bing Crosby, Gloria Swanson, Andy Clyde, and Carole Lombard. (This is really the tip of the iceberg — one can list scores of others, and I have! You’ll find profiles of most of them here on Travalanche).

Among Sennett’s last films were a series of sound comedy shorts in the early ’30s starring W.C. Fields that remain popular to this day. Sennett went bankrupt with the coming of the Great Depression and never did bounce back. He passed away in 1960.

For more  on silent and slapstick film, including the central role played by the great Mack Sennett, don’t miss my book Chain of Fools: Silent Comedy and Its Legacies from Nickelodeons to Youtube