Mae Busch: From Beauty to Battle-Ax 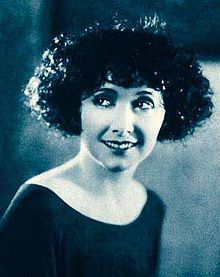 A tip of the hat to the great Mae Busch (1891-1946). It’s ironic that today she is best known for playing shrewish and unattractive wives in Laurel and Hardy movies; at the height of her career she was considered one of the legendary beauties and vamps.

A second generation vaudevillian from Melbourne Australia, Mae joined the family act “the Busch Devere Trio” in 1903, after the Busches had moved to the U.S. She left the act in 1912 to replace Lillian Lorraine in the Broadway musical Over the River with Eddie Foy. In 1915 she started working at Keystone, where she became Mabel Normand’s best friend UNTIL the latter caught her red handed in bed with her fiance Mack Sennett. Busch is reported to have thrown a vase at Normand’s head, knocking her out of commission for several weeks.

Busch appeared in Sennett comedy shorts through 1916. After this she began to be cast in features where she gained her reputation as a vamp in such films as The Devil’s Pass Key (1920) and Foolish Wives (1923), both directed by Eric von Stroheim, and Tod Browning’s The Unholy Three (1925) with Lon Chaney. 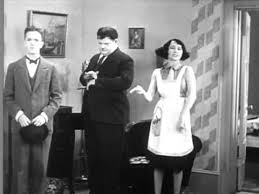 In 1926, after years of wild partying she had a nervous breakdown and broke her contract with MGM. Her star rapidly sank and she went broke. She want back into the comedy game in 1927, working with Hal Roach where she enjoyed her ten year association with Laurel and Hardy, where she could throw vases at people’s heads to her heart’s content. After this she mostly played bit parts in films, sometimes unnamed or uncredited. Her last film was Ladies Man with Eddie Bracken in 1947.

For my on slapstick and silent comedy film, and physical comedians like Mae Busch, check out my new book: Chain of Fools: Silent Comedy and Its Legacies from Nickelodeons to Youtube, just released by Bear Manor Media, also available from amazon.com etc etc etc. To find out about  the history of vaudeville, which Mae Busch also performed in consult No Applause, Just Throw Money: The Book That Made Vaudeville Famous, available at Amazon, Barnes and Noble, and wherever nutty books are sold.