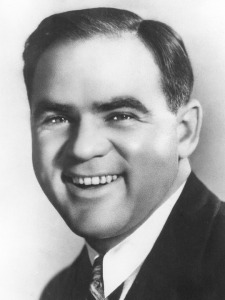 The name Hal Roach is much more widely recognized nowadays than his competitor Mack Sennett’s, thanks to the wide exposure of Laurel and Hardy and The Little Rascals on television over the decades. In the 1920s, Roach would become a serious rival to Sennett, even surpassing him in certain ways. He was able to expand his studio thanks to the blockbuster success of his first and biggest star, Harold Lloyd.

When Roach met Lloyd, he was merely a fellow extra working on a western at Universal. Then one day (reports Lloyd in his autobiography An American Comedy) Roach announced that he had inherited several thousand dollars and was going to become a movie producer. Roach made his pal Lloyd part of his small founding stock company, and they began to thrash out some apparently terrible movies, none of which have survived. Lloyd was not initially the company comedian; that promotion happened a few pictures into the project when the previous funny-man quit, probably out of frustration and embarrassment at the amateurish enterprise.

After a few fits and starts though, both Roach and Lloyd got the hang of the new medium. Within a few months, Lloyd was a star (first as “Lonesome Luke”, then as his famous “Glasses” character) and Roach was a plausible director-producer-studio chief (gradually he would hand the directing chores off to others for the most part).

In the mid twenties he would lose Lloyd when the latter became one of Hollywood’s biggest stars, but his compensations included Charley Chase, the Our Gang kids, and Laurel and Hardy. He would continue to make successful comedy shorts and features well into the comedy era.

With the departure of Laurel and Hardy in 1940,  Roach lost his cash cow, but he had big plans to branch out anyway. He was gradually working his way out of the slapstick game. In 1937, for example, he had produced the screwball comedy classic Topper starring Cary Grant and Constance Bennett. This was the kind of prestige picture he was hoping to make going forward. He had a very few other subsequent high spots, including two sequels to Topper, as well as John Steinbeck’s Of Mice and Men (1940) and the fantasy classic One Million B.C. (1940). But he couldn’t seem to get any momentum going as a legitimate producer. He spent a couple of years turning out featurettes he called “streamliners,” then, when his studio was in a weakened condition, had the misfortune to be drafted into the Army. He was effectively finished as a movie producer, although later he did produce television and rent his studios to other producers. He was on some level a participant in the business as late as 1992, when at the age of 100, he received a special Academy Award. He passed away shortly thereafter.

For more on silent and slapstick comedy including much more on Hal Roach don’t miss my book: Chain of Fools: Silent Comedy and Its Legacies from Nickelodeons to Youtube, just released by Bear Manor Media