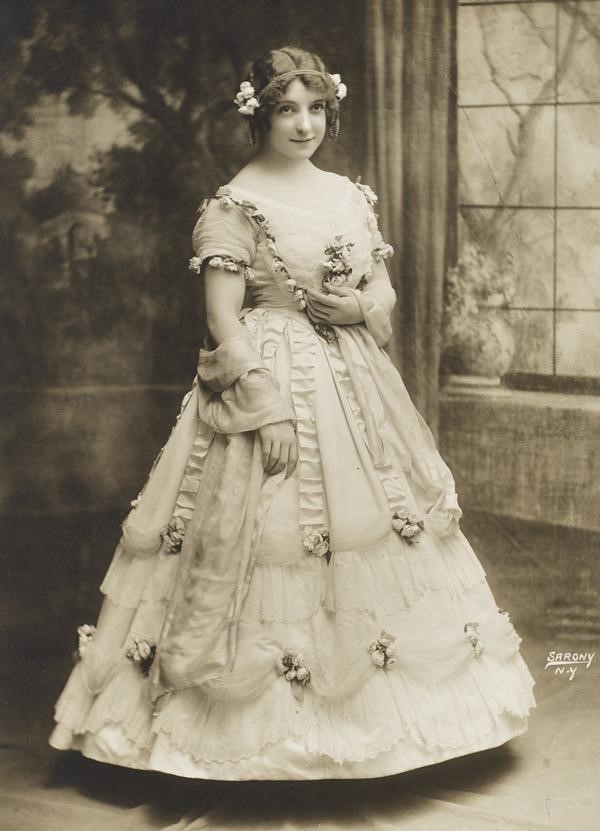 I was tempted to save this one for St. Andrews’ Day (since we don’t have a birthday for her) but what the hey, it’s pretty much in the can, so I release it into the world now for all the good it’ll do!

Molly McIntyre (born Glasgow circa 1886-87)  was a very popular comedienne in America in vaudeville and musical comedy in the teens and twenties, usually in comical Scottish parts, almost invariably referred to as critics as a “charming lass” or something of that nature. The Scottish adjective “sonsy” (having an attractive and healthy appearance) was often used to describe her. She was very popular in her day — too popular one might have thought to have become so obscure in our time, but she seems to have fallen through the cracks.

I’ve not come across any detail about her early life; the first reference to her is in a London show called Lady Madcap that ran at the Prince of Wales Theatre. She made some recordings with Australian music hall performer Billy Williams in London in 1912 — this is how I first stumbled across her. She was popular enough at that point (at least with Williams) that he and his songwriting partner Fred Godfrey tweaked an existing song in tribute to her in 1913. Originally written as “Maggie MacIntyre (Change Your Name To Macadoo)”, they altered it to “Oh! Molly McIntyre (I’ll be a Scotchman for You).”

McIntyre came to America in late 1912 to star in the touring version of the London and Broadway hit Bunty Pulls the Strings, which had starred Molly Pearson (and James Finlayson!).  She got the role on the recommendation of its playwright, actor-author Graham Moffat. President Wilson saw her as Bunty and reportedly declared her “the Queen of Scottish comedy”.

She made it to Broadway in 1914, as the title character in Kitty Mackay, which ran nine months. Then she toured big time vaudeville with a one act playlet called The Love Chase. In 1915 she brought Kitty Mackay to England but it wasn’t well received. She announced that she would try her luck in a French operetta written especially for her called Claudine. She toured in vaudeville throughout 1915 and 1916 and made her single film, a drama called Her Great Hour, also in 1916 .Then it was back to Broadway for her next hit comedy Love of Mike (1917) which also ran 9 months.

In 1920 she toured with a Guy Bolton show called Adam and Eva with none other than William Boyd (Hopalong Cassidy). She toured vaudeville throughout the late teens and early ’20s; in 1923 her vehicle on the circuits was a one-act by Paul Gerard Smith. In 1924 she returned to Broadway in a play called Expressing Willie. Her last Broadway show was The Infinite Shoeblack (1930).

In 1952 she passed away in New York City. There’s a couple of holes, especially at the beginning and end of this narrative, as is frequently the case. If you’ve got the inside skinny on Molly McIntyre feel free to chime in!

To learn out more about vaudeville and stars like Molly McIntyre, consult No Applause, Just Throw oney: The Book That Made Vaudeville Famous,