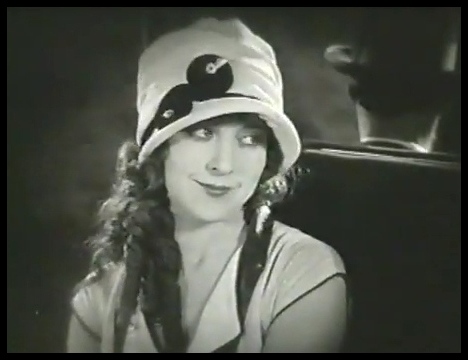 Ralston was named after stage and screen actress Jobyna Howland by her mother, a portrait photographer who apparently had dreams for her child even before she was born. Fortunately for her mother’s aspirations, the younger Jobyna proved to possess great talent, and blossomed into a gorgeous young woman — considerable attributes for a stage and screen star.

After a number of childhood theatrical experiences, Ralston broke into films in 1919, supporting Bobby Burns in independent shorts made in Florida. Her first notable credit was in the Marx Brothers’ legendary silent feature Humor Risk (1921), sadly now lost. She continued supporting Bobby Burns and Billy Quirk in comedies until her first break in 1922, when she was hired by Hal Roach , who frequently paired her in comedies with James Parrott (sometimes billed as Paul). That year, Max Linder cast her opposite him in The Three Must-Get-Theirs, her first feature. In 1923 she was elected to the WAMPAS Baby Stars.

Then, the credit she is best known for today: she stepped into the shoes previously filled by Bebe Daniels and Mildred Davis to become Harold Lloyd’s leading lady for his features from 1923 to 1927: Why Worry?, Girl Shy, Hot Water, The Freshman, For Heaven’s Sake and The Kid Brother. Next, she got to co-star with Eddie Cantor in his second silent feature Special Delivery (1927).

The next phase of her career is intriguing. Through the rest of the silent era, Ralston breaks out of comedy and acts in a wide range of features, sometimes even receiving star billing. She had a major role in William Wellman’s blockbuster Wings (1927), and is in a number of other westerns, adventures, dramas and comedies. (1927’s  A Racing Romeo cast her opposite football star Red Grange!). She only made three talkies; critics disparaged her diction. She retired to raise a family with Richard Arlen, her co-star in Wings.

To learn more about comedy film history, including silent stars like Jobyna Ralston, please check out my book: Chain of Fools: Silent Comedy and Its Legacies from Nickelodeons to Youtube, released by Bear Manor Media