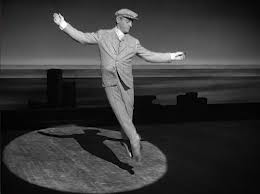 Vaudeville is where I learned my business. And truth to tell, it’s where I had the most fun.

The public has largely forgotten (if it ever knew) that Hollywood tough guy James Cagney started out in show business as a vaudeville hoofer. But Cagney never forgot. His idol as a young man had been George M. Cohan, the ultimate song-and-dance man. When Cagney got to portray him in the 1942 film Yankee Doodle Dandy, it wasn’t just another bio-pic for him – he was realizing the ambition of a lifetime. For a glance at Cagney the hoofer, this is the film to watch. 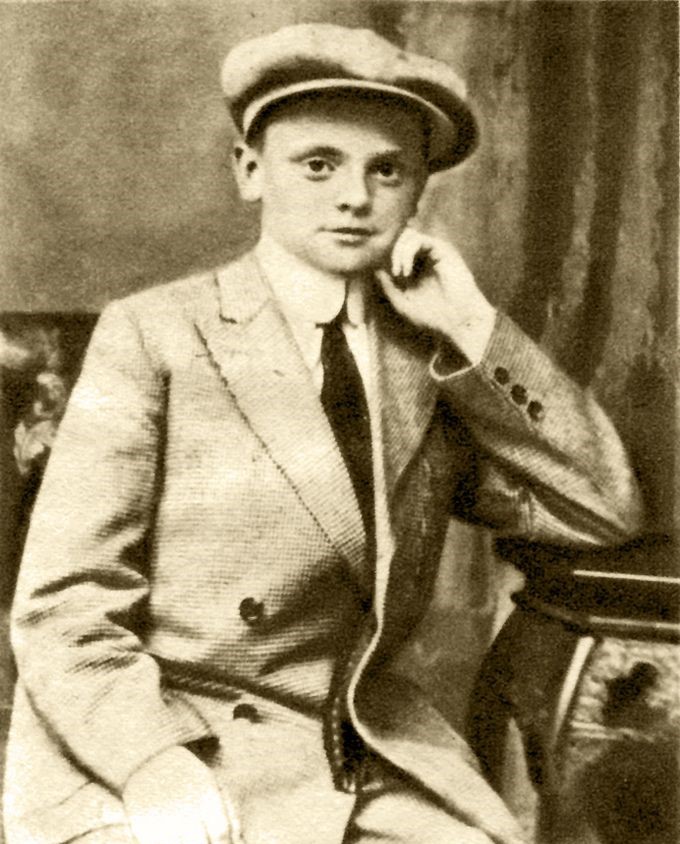 He was born in New York’s Lower East Side in 1899. His father, like 99% of the fathers of vaudevillians it seems, was an advanced inebriate, forever in and out of jobs, waking up in gutters, coming home with black eyes and the like. There is no real childhood in such a home. Young Jimmy dreamt of another sort of life for himself. Once he discovered show business, he focused like a laser beam on success in that field. At age 17 he got a job as a doorman at the Friar’s Club, which thrust him into the company of all the big comedy stars, further fueling his desire to break in. He started taking acting classes at the Lennox Hill Settlement House. Early parts included a drag role in Every Sailor at the 86th Street Theatre, and a chorus part in Pitter Patter on Broadway.

In 1921, he was cast in a vaudeville three act, Parker, Rand and Cagney, filling a spot that had just been vacated by a young Brit named Archie Leach (soon to be better known as Cary Grant). The trio toured for six months before breaking up. He was in two Lew Fields musicals Ritz Girls of 19 and 22 and Snapshots of 1923. He teamed up for awhile with a man named Victor Kilian, doing dancing and comedy. In 1922 he married Frances “Willie” Willard, who became his vaudeville dance partner. They spent the years 1923-24 were spent working the vaudeville three-a-days, and even some five-a-days. By 1925, Cagney was working regularly on Broadway as a leading man. Charlie Chaplin loved his performance in his breakthrough play, 1925’s Outside Looking In, so much that he went to see it three times, the third time dragging his then-girlfriend Louise Brooks with him.

His performance in the 1929 show Penny Arcade attracted Hollywood, and from 1930 on, he was a film star. Cagney’s career as a film actor needs no recital here, but there are some performances to mention in connection with his past as a vaudevillian. One is the early musical Footlight Parade (1933), in which he portrays a young showman devising tab musicals for presentation house. Since Cagney’s vaudeville past is not far behind him at this stage, it is a rare chance to see him in his element. Another of course, is his role as George M. Cohan in the 1942 film Yankee Doodle Dandy. A third is his reprise of the Cohan role in the 1955 Bob Hope vehicle The Seven Little Foys. His dancing in both films is a treat—athletic and aggressive, graceful but tough, presaging, in some ways, the style of Savion Glover. Cagney retired in the early sixties, and emerged just once, to play the police commissioner in the 1981 film adaptation of E.L. Doctorow’s Ragtime. He spent the remainder of his time tending garden with his old vaudeville dance partner, best friend, and wife Willie. He passed away in 1986.

To find out more about the history of vaudeville, including hoofers like James Cagney, consult No Applause, Just Throw Money: The Book That Made Vaudeville Famous, available at Amazon, Barnes and Noble, and wherever nutty books are sold.