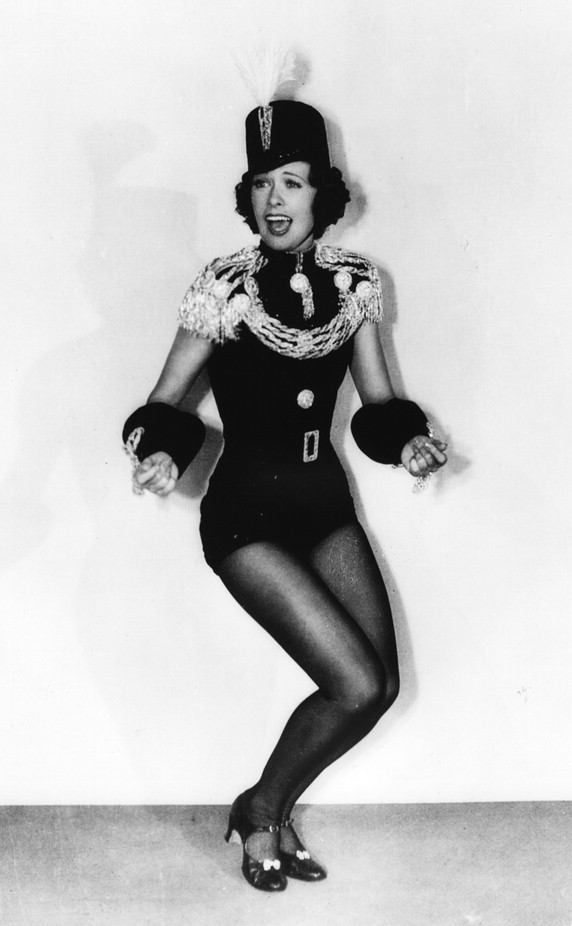 Dancer/ performer Eleanor Powell (1912-1982) paired off with the best of them (Ebsen, Astaire, Bolger) but always worked best when in the solo spotlight. Her intense individualism explains how she got into dancing in the first place: her parents put her in ballet lessons to help her get over her shyness. She started out performing in Gus Edwards revues in Atlantic City as a child. Edwards convinced her parents to allow her to travel with the act to New York. For the engagement, she applied herself with rare, almost masochistic rigour (e.g., tying sandbags to her feet) to learn tap. Scouts spotted her and cast her in the 1929 show Follow Through, which was where her career truly took off. Subsequent Broadway shows included Fine and Dandy, Hot Cha, and George White’s Scandals.

Powell broke into films with Broadway Melody of 1936, and continued with Born to Dance (1936), Honolulu (1939), Lady Be Good (1941), Ship Ahoy (1942) and the Red Skelton vehicle I Dood It (1943). In 1939 she did a brief tour of what was left of vaudeville, dancing and doing impressions of Katharine Hepburn and Jimmy Stewart. In 1943, she retired to marry actor Glenn Ford. She played the role of housewife and mother until an acrimonious divorce in 1959, shortly after which she made a brief comeback, performing at night clubs in Las Vegas.

For more on Eleanor Powell and the history of vaudeville consult No Applause, Just Throw Money: The Book That Made Vaudeville Famous, available at Amazon, Barnes and Noble, and wherever nutty books are sold.