Of T.D. Rice and Blackface Minstrelsy 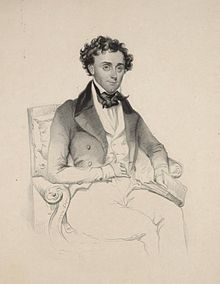 Yes, Jim Crow. It was Rice who launched the blackface minstrelsy craze circa 1830 with his popular character and song “Jim Crow”. From that routine would grow the popular show business practice of white Americans (and later African Americans) putting burnt cork on their faces and impersonating (really caricaturing) African Americans, sometimes to ridicule, sometimes to sentimentalize, but never to respect or honor. Entertainers did this not only in minstrels shows, but in saloon variety, vaudeville, circuses, burlesque shows, and in movies, as late as the mid 20th century, and on rare occasions, later. They were doing it on British tv into the late 20th century. Ted Danson did it a Friar’s Roast a while back, presumably ironically (he was in a relationship with Whoopi Goldberg at the time.) But large numbers of people, of all colors, were not amused.

There’s a reason I haven’t jumped to do a post on this problematic figure to date, although I have written about his role in show business history several times. One can misread such posts as tributes, and the situation is far more complex than that. The subject is touchy and complex. People on both sides argue that it is not complex. But it most certainly is.

I have broken with one of the Facebook vaudeville groups because people were posting blackface images there without explanation or context or apology and no steps were taken to address it. That, my friends, does not fly. And whenever I attach such explanation or apology to blackface images of the past — which I try to do invariably — it is inevitable that one or more chuckleheads (always white) feel free to take it upon themselves to tell me that there is no need for that. It’s all harmless entertainment, they tell me, all in good fun, no need to scold or teach! But, no. There’s only one group of people who gets to decide that. The people being (mis)represented. I’m not saying I never met a black person so freewheeling as to be completely okay with blackface (it takes all kinds to make a world) but the overwhelming majority I’ve ever heard on the subject express nothing but hurt and outrage. Their feelings matter on this; nobody else’s. Your great grandfather did blackface? Great. He may have been a worthwhile person in many ways, but the wearing of blackface is now discredited, and that aspect of his life is a shameful slice of the past, one we must ALWAYS make clear that we disavow. Because it was once part of the entertainment world. So it is a poison that comes in the guise of candy and that makes it particularly dangerous, like a virus. It is wrapped up with pleasure — a joke, a song. People want to see the face of a clown, not the death’s head behind it, and they get real mad when you harsh their mellow. The thing is, it has to be done. Millions of people CLEARLY can’t see past their noses to take in the pain they are causing people of color and other minorities, whether it’s wearing a Sleepy Gonzalez sombrero at a sorority party or laughing at a naughty joke in the changing room at the golf club or how they cast their vote in the last election. If you’re white and you don’t care how you hurt black people, you are not okay with me. White people, don’t get defensive about the indefensible. YOU DID THIS. Take your lumps. That’s the only thing you can do: take your lumps.

So I put disclaimers now on all my posts here having to do with the topic just so that we’re absolutely clear. I learned the hard way a year or two ago. I wrote some wall text for a museum exhibit on the Bowery that mentioned blackface. For reasons of word count, I left the disclaimer off. And I heard about it. And the text was taken off the wall. Rightfully so.

The other side in this, much more understandable, is the point of view that the history of blackface in entertainment is not complex or complicated because it is 100% wrong, so anyone who ever engaged in it was 100% evil and neither they nor their works should ever be mentioned or celebrated or examined. It’s tempting to say those things, in the heat of the moment, and on occasion I think I have even been guilty of it. The more you unpack American history, the uglier it gets. Not only was nearly every white person a racist on some level until quite recently, it remains the case NOW. If not overtly, in unconscious attitudes. I just did a post on Jimmy Stewart this morning, and read the shocking fact that Stewart had African American actor Hal Williams dismissed from a guest shot on The Jimmy Stewart Show for racial reasons. JIMMY STEWART! I wish we could claim that such things were isolated. But the fact is, they were near universal. This is not news to black people. But white people are in enormous denial about this. And in show business, it’s the same. Nearly every performer in show business in the 19th and early 20th centuries, almost all of the white ones and many of the African American ones, put on blackface. Not just Al Jolson and Eddie Cantor — EVERYBODY. EVERYBODY. I’ll say it again: EVERYBODY. Well, we can’t not write about everybody.  WE have to talk about them as mixed bags. All of them. Jefferson wrote inspiring words, effected some earth-shaking, positive political events AND was a slaveholder who fathered children with his involuntary female servants. Jimmy Stewart was a beloved American actor who apparently had highly unfortunate and ugly attitudes about black people. Some are easy calls for most of us. I am descended from Confederate veterans, and I STILL think taking down Confederate statues is an easy call. They fought a traitorous war against the United States in support of a widespread human rights abomination, the enslavement of human beings. You love your great-great grandfather the Rebel Cavalry Officer? Fine, but there’s something beyond cruel about expecting black people to love him every time they go for a walk in the park and have to look at a tribute to guys who oppressed their ancestors.

Now we come closer to home, though. A few weeks ago I read they were taking down a statue of minstrel songwriter Stephen Foster in Pittsburgh. And there was a heated, sort of wonderful debate about it online. For some, it is an easy call, minstrelsy being wrong and all. On the other hand, Foster is indisputably the father of American popular music. People are still singing something like a dozen of the songs he wrote, and much of it is of a benign, race-neutral nature. Is “Camptown Races” a red flag? Absolutely. Did Foster influence thousands of subsequent songwriters, both white and black? Also absolutely. A statue to him? I don’t know. One answer might be to attach an explanatory plaque to it. Another might be to move it someplace else — some museum where it can be better contextualized.

And so I say it’s complicated and complex and problematic. Those are the only words for it. American popular culture is a pretty dame with a tainted past. It’s both. It’s imperative that we do better in the future, but we can’t do it by pretending one element or the other never existed in the past.