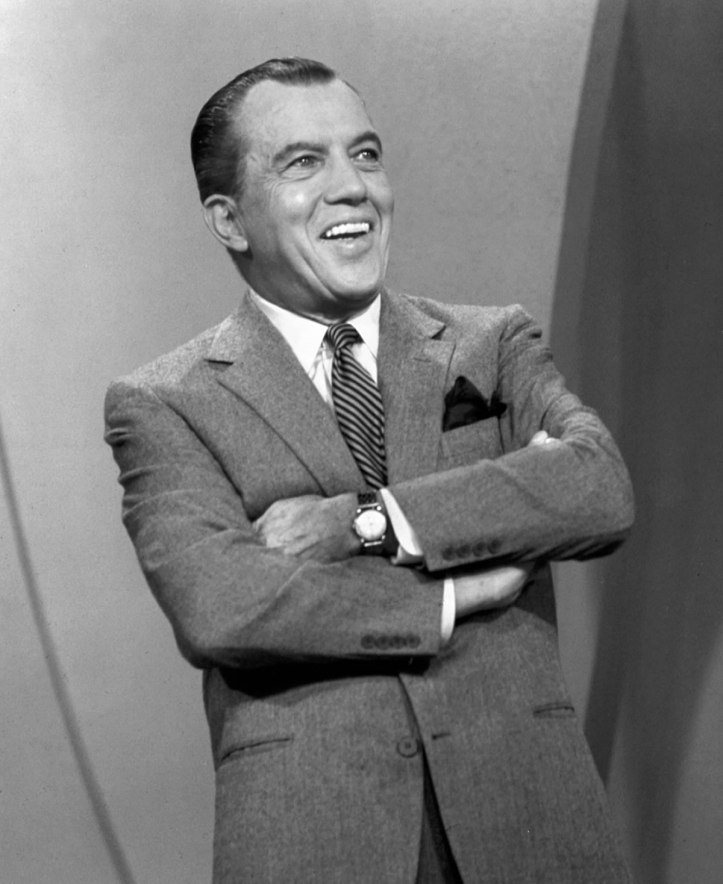 Ed Sullivan (born this day in 1901) is the primary preservationist of vaudeville and its aesthetics into the post-vaudeville era, keeping old school variety shows before the American public nearly four decades after the death of the circuits. Starting out as a boxer, then a sportswriter, in the 1920s he took over Walter Winchell’s theatre column at the New York Graphic, which later went over to the Daily News. This led naturally to a local radio talent show called Ed Sullivan Entertains in 1932, and was nationally broadcast by CBS 1942-1956. At the same time, Sullivan was hosting live post-vaudeville variety shows at New York’s big presentation houses, the Paramount Theatre, and Loew’s State.

When television came along, it was only natural for him to bring this hosting experience to the small screen. Toast of the Town was launched in 1948. In 1955 it became The Ed Sullivan Show. Not only did it present hundreds of former vaudevillians (big and small) of every possible discipline, but it also was instrumental it bringing countless post-vaudeville acts (notably most of the major rock and roll bands) to the national stage. Despite this, changing tastes led to the show’s cancellation in 1971. 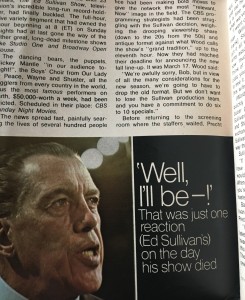 Sullivan was still producing specials as late as 1973. Here’s a TV Guide plug for his final one: 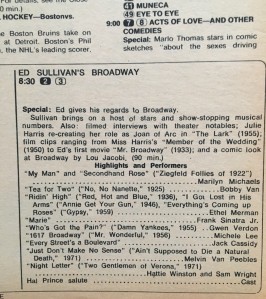 Sullivan passed away the following year. TV variety did not long outlive him.

Countless performers no doubt mourned his passing, even more than the public — none more so than popular Ed Sullivan impressionist Will Jordan, wizard of the “Really Big Shoe”. I was thrilled to be able to present Jordan in my American Vaudeville Theatre centennial salute to the Palace Theatre at the Players Club in 2013.

To learn more about vaudeville and the Ed Sullivan Show consult No Applause, Just Throw Money: The Book That Made Vaudeville Famous, available at Amazon, Barnes and Noble, and wherever nutty books are sold.