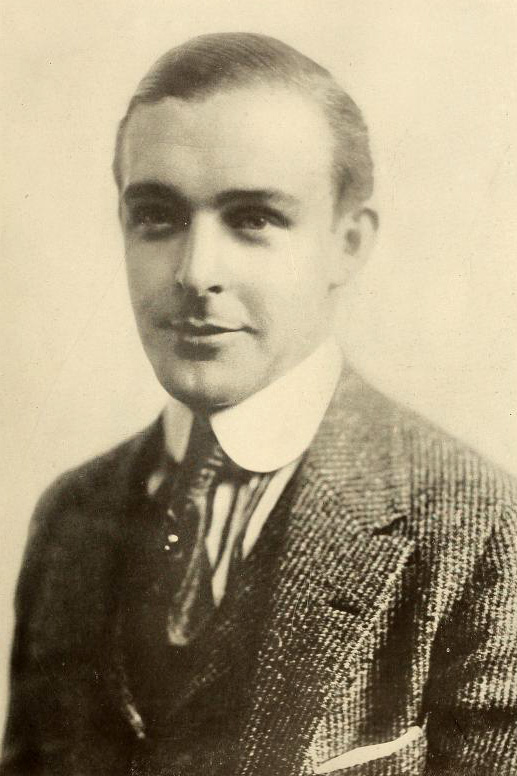 One of Hollywood’s top matinee idols during the silent era, Wallace Reid (1891-1923) is today primarily remembered as a spectacular Hollywood casualty, giving short shrift to the over 200 films Reid starred in.

Reid was second generation show biz. His father was actor-manager-playwright Hal Reid (1863-1920). It was stage star Hal who’d initially been summoned to Hollywood to appear in films in 1910. His son Wallace, who’d grown up acting and doing other jobs in his father’s productions, came along hoping to get a job as a cameraman or director. While he did keep a hand in directing (69 credits, in fact), Reid’s good looks got him immediately hired to perform in front of the cameras, and he quickly eclipsed his father. While he’d earlier worked with the likes of Allan Dwan and D.W. Griffith, he came into his own at the end of the teens in things like Hawthorne of the U.S.A. (1921), directed by James Cruze, and The Affairs of Anatol (1921), directed by Cecil B. Demille. He was particularly successful in a series of car racing films in which he did the driving himself: The Roaring Road (1919), Double Speed (1920), Excuse My Dust (1920), Too Much Speed (1921), and Across the Continent (1922), paving the way for later actors who would later explore this as a subgenre, like Paul Newman and Steve McQueen.

Unfortunately, Reid was give morphine so that he could keep working through injuries sustained on a 1919 film shoot. Dependence gradually gave way to addiction and finally death. His last film was Thirty Days, released in December 1922, now lost. His name was to survive on marquees for several years afterwards in a series of movies made by his widow Dorothy Davenport, who began styling herself Mrs. Wallace Reid.

To learn more about show business history, please see No Applause, Just Throw Money: The Book That Made Vaudeville Famous, and for more on silent film please read Chain of Fools: Silent Comedy and Its Legacies from Nickelodeons to Youtube.