Some very brief words of tribute to make you aware of a very important family in American theatre whom the sands of time have unjustly swallowed up.

The founder, pictured above, is playwright, producer, actor, director, teacher, lecturer, and inventor Steele MacKaye (James Morrison Steele MacKaye, 1842-1894). The son of a Buffalo attorney, abolitionist and art connoisseur, MacKaye studied painting with William Morris Hunt, and was at the École des Beaux Arts when the Civil War broke out. He returned to serve with New York’s Seventh Regiment, rising to the rank of Major. He was later immortalized in the Seventh Regiment Memorial statue by John Quincy Adams Ward, located on the South End of Central Park, located near West Drive and 69th Street.

After the war, he returned to Paris and studied the Delsarte System, becoming one of its principal exponents in America, writing and lecturing about it in his home country circa 1870. He was the first American to play Hamlet on the London stage (1874), and wrote 30 plays, the best remembered of which is Hazel Kirk (1879). In 1880 he premiered it in the Madison Square Theatre, which he had renovated and managed, and outfitted with several inventions of his own, including a “double stage” (which reduced set changes from over six minutes down to a mere 40 seconds). He is also said to have invented a fire curtain and folding theatre seats, among numerous other innovations. Meanwhile Hazel Kirk went on to be performed all over the world (another of his innovations was multiple touring companies of the same show) and was adapted into silent films in 1905, 1912, 1915 and 1916.

In 1885, with Gustave Frohman, he built the Lyceum Theatre, to be home to his Lyceum School of Acting. It featured designed by Louis Comfort Tiffany and was one of the first theatres to feature overhead electric lighting. The Lyceum school morphed into the American Academy of Dramatic Arts and MacKaye had to sell out his interests in the theatre early on. Helen Dauvray briefly managed it, and then it passed to Daniel Frohman, who tore it down in 1902 and built a new Lyceum Theatre (the current one) in the Broadway district. David Belasco and Henry Churchill de Mille were among those who got their start in the original Lyceum. 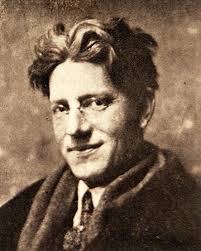 Of his seven children, the first who followed in Steele’s footsteps was Percy MacKaye (1875-1956). Percy studied at Harvard and the University of Leipzig and penned nearly two dozen plays between 1903 and 1920 (including dramas about George Washington and Joan of Arc and even some prequels to Hamlet). His 1911 play The Scarecrow (an adaptation of Hawthorne’s “Feathertop”), was filmed in 1923, 1955, 1972 and 2000!

He also wrote volumes of poetry and books on the art, philosophy and politics of the theatre. I have long cherished my copy of his 1909 The Playhouse and the Play, based on some of his lectures, and movingly dedicated to his father: 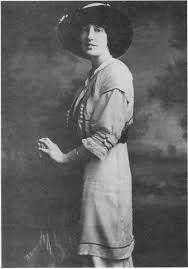 Percy’s younger sister Hazel MacKaye (1880-1944) acted in her brother’s plays Sappho and Phaon and Jeanne D’Arc (both 1907) and Mater (1908). She attended Radcliffe, and became an expert in staging pageants, employing that art in the woman’s suffrage movement, in which she was prominent. Her works included Allegory (1913), The American Woman: Six Periods of American Life (1914), Susan B. Anthony (1915), a Jubilee Pageant for the YWCA (1916), a Portrait Monument to Lucretia Mott, Elizabeth Cady Stanton, and Susan B. Anthony (1921), and a 75th anniversary pageant for Seneca Falls (1923).

Among the other siblings there were also James MacKaye (1872-1935), an economist, engineer, and social philosopher; Benton MacKaye (1879-1975), a pioneering conservationist and founder of the Appalachian Trail; Harry Steele MacKaye (1869-1928), who wrote an early science fiction novel called The Panchronicon (1904); Arthur Loring MacKaye (1863-1939), a newspaperman, writer, and theatre manager; and William Payson MacKaye (1868–1889), who died at the young age of 21, but whom Percy described in a book dedication as “poet, actor, artist”. Not a family of slouches!