Two important American cultural heroes passed away within 24 hours of each other this week; both were exactly the same age, 89. 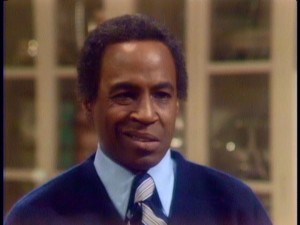 Robert Guilliaume, star of Soap and Benson, passed away on Tuesday. Guilliaume had TREMENDOUS comic timing and delivery. Apart from this, the character of Benson was a historic, pivotal link in the chain of representation. Never a complete stereotype (Benson was never less than dignified and always the smartest one in the room) the character was still a butler, thus not real far away conceptually from predecessors like Stepin Fetchit and Eddie “Rochester” Anderson. But by the time the series ended, the character had worked his way up to Lieutenant Governor and possibly a U.S. Senator (the series ended on a cliffhanger). And that is just a hop, skip and a jump away from Morgan Freeman being the ubiquitous movie President, which helped pave the way conceptually, silly as it sounds, for voters to pull the lever for an ACTUAL black President. Culture matters. Even situation comedies, and maybe in the long run, ESPECIALLY situation comedies. (What a work of fiction the present reality would make! But as the saying goes, “No one would believe it”). 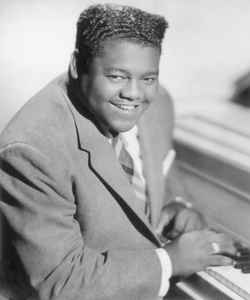 Yesterday, Fats Domino also passed away. I’d been meaning to blog about him for ages, as I had already blogged about most of his ’50s rock and roll contemporaries. It always seemed like his association with rock and roll was more an accident of timing than anything else. Apart from the blatantly sexual insinuations of “I found my thrill on Blueberry Hill”, Fats’ sound is more of a Big Easy Boogie Woogie feeling — it lacks the aggressive, manic tempo and attack of Jerry Lee Lewis, Little Richard and Elvis. By comparison to those guys, Fats sounds lazy and sleepy, but (I hasten to add) incredibly pleasant. I had a greatest hits compilation of his when I was a teenager and I especially loved him because the songs are really easy to sing. If I can carry the tune, you know it’s easy. That downright democratic accessibility was part of its appeal, but of course the other part is that distinctive local, New Orleans voice and instrumentation — that’s what people loved about him.

I was among those who were frantic when no one could find him during Katrina. That to me was the ultimate national disgrace. It was beyond horrible to lose all the people we did lose, but for a few days there it seemed like Federal incompetence had also resulted in the death of a national treasure.

When we made our pilgrimage to NOLA in 2015 we saw his piano, damaged and dirtied from the flood, in a museum: 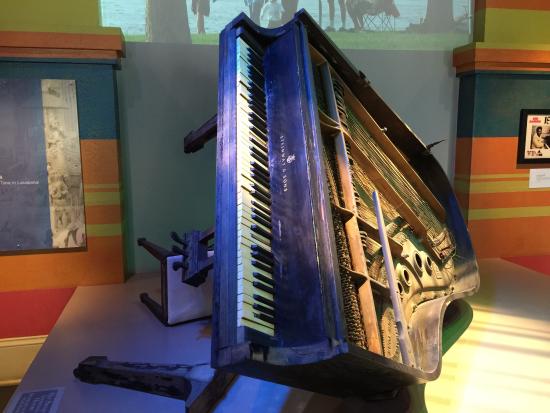 Fats also helped wash away prejudice. My mother, a thoroughly racist working class woman, ADORED Fats Domino. In fact it’s pretty impossible for me to hear his songs without hearing her singing along. The work of younger generations is to manifest what ought to have been a simple formulation all along: you don’t get to love the cultural product of a people without loving and respecting and caring about the people themselves, too. Or you can, but to do so is pretty monstrous. It’s not a small thing. It’s the biggest thing on earth.

Anyway we owe both these men a debt of gratitude for breaking down barriers between people — or continuing that ongoing work, anyway. I’m glad my time here overlapped with their’s!