Eddie “Rochester” Anderson: Before, During and After Benny 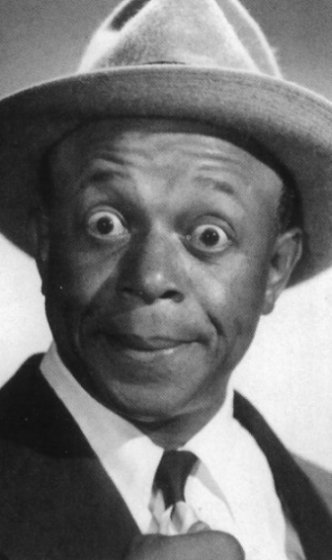 Indelibly identified with the character “Rochester”, Jack Benny’s raspy-voiced, wisecracking comic butler on radio and tv from 1937 to 1965, Eddie Anderson had a substantial show biz pedigree and resume prior to his debut on the Benny program. His parents were both entertainers. His father played in minstrel shows and vaudeville, and his mother was a circus tightrope walker. Eddie was in his early teens when he broke into black vaudeville and revue shows in the San Francisco area as a song and dance man and comic, in various teams with his brothers. One of those teams, The Three Black Aces, enjoyed considerable success in the late 20s and early 30s at prominent venues like the Roxy and the Cotton Club.

“Rochester”, like most of Anderson’s characters (and most African American characters in mainstream popular culture at the time) is a negative stereotype in obvious ways: he is employed as a menial, he is lazy, and there are references to things like razors and dice games. But it should be pointed out too that the character deviated from the ordinary standard of the day in positive ways as well. His character is smart, independent, assertive, outspoken and witty. He often will get the biggest laughs on the show. He is not only aware of his boss’s foibles, but he points them out. These are small victories of course, but you need only contrast him with the feeble-minded, mush-mouthed characters of Stepin Fetchit to see a difference.