The Last of Sheila: Stephen Sondheim and Anthony Perkins Write a Murder Mystery 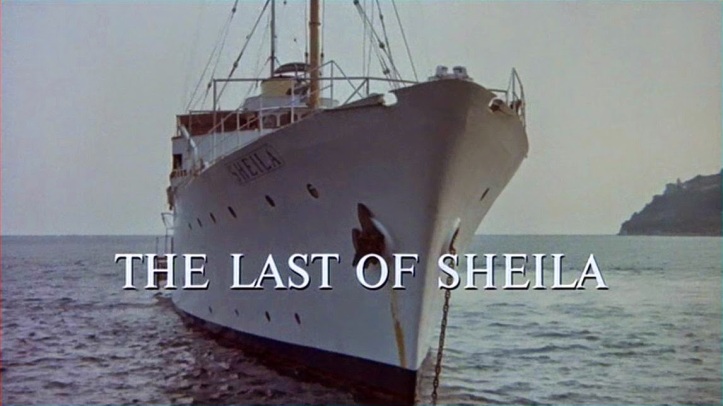 A wonderful, obscure oddity from 1973: The Last of Sheila.

This all-star murder mystery was co-written by no less than Stephen Sondheim and Anthony Perkins, and directed by Herbert Ross, based on actual treasure hunt games that Sondheim and Perkins had devised and orchestrated for their celebrity friends. Ross, like Sondheim, was a major Broadway figure both as a director and choreographer, in addition to directing films (he’s probably best known for directing works by Neil Simon).

In The Last of Sheila, James Coburn plays a movie producer who invites several people whom he suspects of having been responsible for his wife’s death on a Mediterranean cruise, forcing them to play a cruel treasure hunt game wherein their embarrassing real-life secrets are exposed. Before the cruise is done there will be…MURTHER. 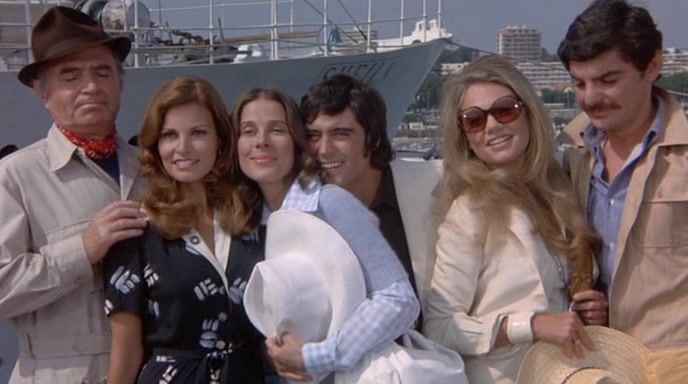 The entertaining cast includes James Mason, Raquel Welch, Richard Benjamin, Dyan Cannon, Joan Hackett and a then-unknown Ian McShane. One only regrets that Perkins himself isn’t in it (Benjamin’s character seems loosely based on him somewhat). Part of the fun is guessing which real-life Hollywood people the characters are based on (although reportedly Raquel Welch’s character is based on herself.). It’s full of arch humor, twists and turns that keep you guessing, great European locations, juicy secrets, sex and grim death! And Bette Midler sings a song on the soundtrack!