The Day the Slapstick Got Too Real: Harold Lloyd Blows Himself Up with a Bomb 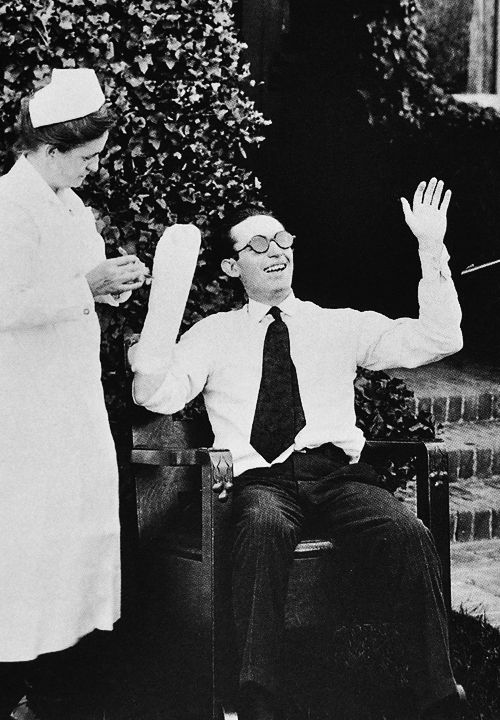 On this day in 1919, comedian Harold Lloyd suffered a most grievous accident while taking some publicity photos for his new series of two-reelers.  Lighting what he thought was a prop fuse bomb, he stood and posed with it. The bomb, however, turned out to be real, and it blew off half of Lloyd’s right mitt, blinded him for several days, and temporarily disfigured his face.

Unlike Wile E. Coyote, flesh and blood comedians don’t spontaneously regenerate — but Lloyd bounced back to an astounding degree. In his autobiography, An American Comedy he confides that he was mostly worried about the damage to his face. Permanent scars could wreck an actor’s career. But so could an injured hand wreck a comedian’s. Back then, most comedians did their own stunts, and silent comedy called for as many dangerous stunts as any western or action film. Lloyd himself became known for his “thrill comedies”, films where his character would be trapped in precarious circumstances at the top of skyscrapers. The wild thing is, he made most of these films AFTER his disfigurement, hiding his missing digits with a special prosthetic glove. Sometimes it would be disguised as a genuine hand; less often he would just wear gloves: 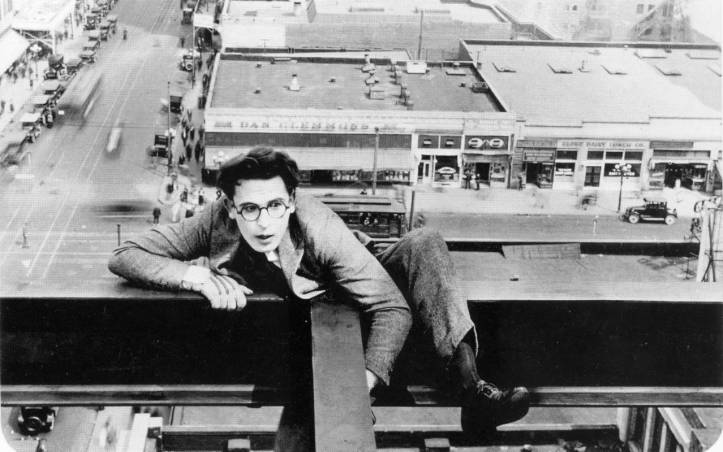 But any way you slice it, they don’t make ’em like THAT any more.

To learn more about slapstick history including Harold Lloyd please check out my new book: Chain of Fools: Silent Comedy and Its Legacies from Nickelodeons to Youtube, just released by Bear Manor Media, also available from amazon.com etc etc etc