The Horror of Francis Ford Coppola

A little Halloween tribute to the director of Dementia 13.  This is part of a slowly germinating series we are doing on directors who are not primarily associated with horror, but who nonetheless have a substantial track record in the genre. We have previously done posts on Steven Spielberg and John Landis. Francis Ford Coppola may be best known for the Godfather saga, Apocalypse Now, The Conversation, and several other mainstream films, but he got his start marking horror films with Roger Corman, and has returned to the genre repeatedly in one capacity or another. He was 23 when he began to serve his apprenticeship with Corman; it was the formative experience of his life. 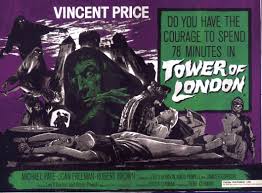 Coppola worked on the film as dialogue director. 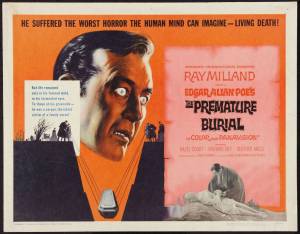 Coppola was second unit director on some of the scenes. 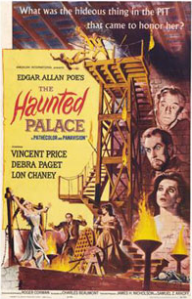 Coppola was dialogue director, and wrote some of the dialogue, a stepping stone to his Oscar winning screenplay for Patton only 7 years later. 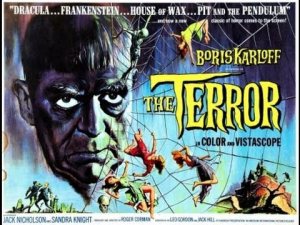 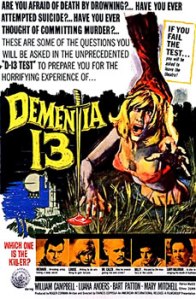 Having proved himself on the previous named projects, and even directed a little of The Terror, Corman gave Coppola the go-ahead for his first legit feature as writer/director. It was intended to be a rip-off of Hitchcock’s Psycho, which was released a couple of years earlier. It’s all about machinations surrounding a bequest…and an ax murderer in an old Irish castle. And truly it is one of the best horror movie TITLES ever. It sounds promising in theory but I’ve always found the movie plodding and boring and have tried watching it about three times without ever getting all the way through it. At the time of its release the film was generally panned as incomprehensible, but three years later Coppola was well on his way to being a major Hollywood player — with different kinds of projects. The Corman years would come to be regarded as his kindergarten as a film-maker. 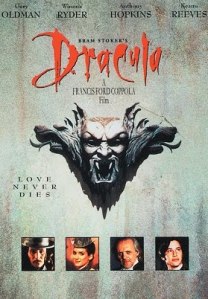 It had been nearly three decades since Coppola had directed a horror film. The 1970s had been a time of unprecedented and unrepeated success: Patton (screenplay, 1970), The Godfather (1972), The Conversation (1974), The Godfather, Part Two (1974), and Apocalypse Now (1979) , as well as the screenplay to The Great Gatsby (1974). The 80s had been a time of lots of solid work but much financial and critical disappointment. His most recent film, The Godfather, Part III (1990) had a mixed re-bound: major financial success but largely panned by critics. Bram Stoker’s Dracula would be the one Coppola film of the post 70s era that would score in both areas.

For me, personally the film doesn’t manage to transcend the considerable baggage it comes with: all those well-known previous film versions of the story: Murnau’s Nosferatu (1922), the Universal Dracula cycle (1931-40s), the Hammer Dracula cycle (1960s), the Frank Langella Dracula (1979), and Herzog’s Nosferatu the Vampyre (1979), among others. The conceit of this version is that it is a return to the story as laid out in the novel, but to my mind, this film didn’t stick any closer to the original novel than most other versions (and the book itself is a jumble anyway). It is visually stylish in some interesting ways (indoor soundstages for sets; self-conscious costuming) but not in ways that have ever worked for me. Supposed to be “Gothic”, to me it looks anything but. It looks like a sort of faux, teen-age kitsch-Gothic, as close to true Gothic as an old lady’s Cupid lamp is to classical Greek statuary. Neither the colors nor the lighting nor the pacing fill me with horror or dread. And every principal in the cast (Gary Oldman, Wynona Ryder, Anthony Hopkins, Keanu Reeves) seems to be giving a laughably bad performance. The “look” of the monster is preposterous. The make-up for Dracula here doesn’t look scary to me; he looks like Miss Havisham. 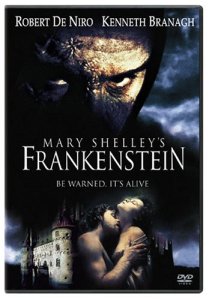 Coppola only produced this big budget production, allowing Sir Kenneth Brannagh to direct himself. It’s clearly meant to be the “other shoe” to his Dracula picture, but this one is even more terrible, a noisy, unfocused mish-mash of unearned, unexplained overwrought moments, often impressively shot (I liked the art direction) but definitely incoherently edited, and obnoxiously scored. It is definitely a movie I can imagine audiences hooting at. Robert de Niro is fairly great as the Monster — poor guy; some of his most interesting and impressive and brave work is surrounded by a swirling sea of confusion. The film is not to be confused with Roger’s Corman’s last directorial effort Frankenstein Unbound, released four years earlier (I tend to mix them up). 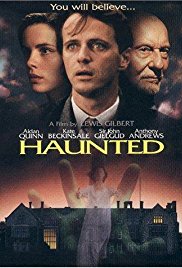 Coppola only executive produced this ghost story, through American Zoetrope, but I thought it was quite excellent. I would gladly watch it again many times. Aidin Quinn as a skeptical professor invited to a Gothic country house to investigate some ghost phenomenon gets a good deal more than he bargained for. It’s directed by Lewis Gilbert, who directed several of the Bond films, and features Kate Beckinsale, Anthony Andrews, and some magical stunt caasting in the persons of Anna Massey and John Gielgud. I loved it. 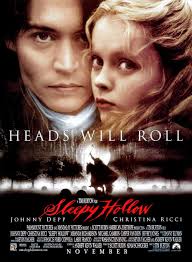 Coppola executive produced this Tim Burton film through Zoetrope and reportedly had minimal involvement, through Zoetrope. Interestingly he had also directed a version of Rip Van Winkle for tv about 15 years earlier. While I LOVE the art direction of this film, I am not a fan of the movie overall. I disliked it for much the same reason I hated Burton’s Alice in Wonderland; it doesn’t tell the famous story the title promises, which might have been okay, if it didn’t tell a much worse one. 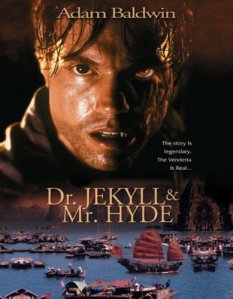 Coppola executive produced this tv movie starring Adam Baldwin, which once AGAIN tells a different story than the one we signed on for. This one is set it in HONG KONG, and has Dr. Jekyll caught between two rival gangs! 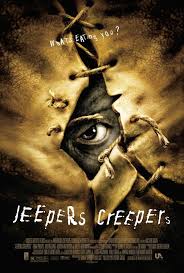 Coppola executive produced the first two installments in this fairly successful horror franchise. He seems not to be involved with Jeepers Creepers 3, which came out this year. It concerns a creature called “the Creeper” who emerges every 23rd spring for 23 days to feast on human body parts, which then become part of his own body. It’s a fairly dumb, cheesy series, in the tradition of 80s horror (Freddy, Jason, Michael Meyer, Chucky, Leprochaun, etc etc etc) 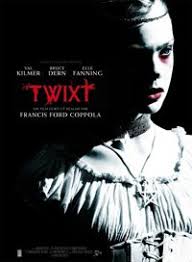 I was very excited to watch this little film, which marked Coppola’s return to directing horror, and was his last theatrically released film (and a limited festival release at that). It’s been critically panned, but I rather enjoyed it. It is unambitious, small in scale, and reminiscent of other films, but I also found it imaginative and rich in imagery. It’s all about a writer who gets sucked into a world where he isn’t sure what is a dream and what is reality. I think people set their expectations too high because of who he is. I think a man of his age and accomplishment should do allowed to do something small and (in this case) experimental. The weirdest, most unsettling thing for me was a reference to his son’s tragic death (Gian-Carlo Coppola was killed in a reckless boating accident in 1986). Coppola seems to treat the subject with an odd, detached lightness in this film. Maybe it was cathartic for him, but I found it very weird. At any rate, he pulled together a great cast: Val Kilmer, Bruce dern, Elle Fanning, Ben Chaplin, David Paymer, Don Novello (a.k.a Father Guido Sarducci), and Tom Waits as the Narrator.