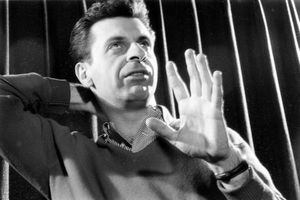 Today was are sad to say goodbye to the great stand-up comedian Mort Sahl (b. 1927).

Sahl was part of the generation that revolutionized comedy starting in the late years of Eisenhower’s presidency (others included Lenny Bruce, Nichols and May, and Woody Allen). Until I got to see clips of him in action, I always doubted I would find him funny. This thing of walking on stage with a newspaper, “not having any material”, and discussing politics. But that doesn’t convey it. He was one of those people who’s just a funny guy, like the people you know in real life who say funny things. Funny things just came out of him. So he could talk about what was essentially a serious topic, and funny things would just bubble up. Nowadays, the airwaves are rife with comedians Sahl has influenced: Jon Stewart, Bill Maher, Stephen Colbert, Keith Olbermann, etc. But Sahl’s shadow isn’t just political. What’s really revolutionary about him was that improvisational aspect, the informality of a man just standing on stage in a sweater (instead of a suit or a tuxedo as was common back in the day), so relaxed, just talking and trusting that funny things would come out. And they did. 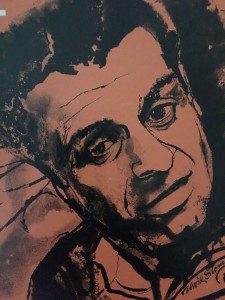 I found this EXCELLENT bit today from 1967, Vietnam underway but still pre-Tet, the domestic horror of 1968 still in the future. The bit is not only educational as history, but of course also very funny.