Edmund Gwenn: From the West End to 34th Street 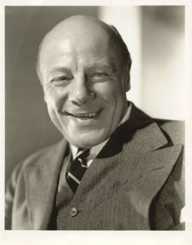 Most classic cinema buffs inevitably think of Edmund Gwenn (Edmund John Kellaway, 1877-1959) as a loveable, even cuddly English senior citizen, due to the sorts of roles he played in Hollywood films over the last couple of decades of his life. To regard him that way however is to patronize him; before that, he was an eminence of the British theatre for four decades.

Educated at King’s College, London, Gwenn began his career on the stage in 1895. He apprenticed with burlesque and musical comedy veteran Willie Edouin. In 1901 he married Minnie Terry, Ellen Terry’s niece. Through his life he was a great collector of artifacts belonging to Henry Irving (these were sadly lost during the blitz in 1940.) Gwenn’s marriage to terry dissolved during the Great War, while Gwenn was serving in the army. In the early 20th century, Gwenn starred in the original productions of plays by George Bernard Shaw, J.B. Priestly, A.A. Milne, J.M. Barrie, Harley Granville-Barker, and John Galsworthy. Of special note in connection with the latter is The Skin Game, for Gwenn starred as Hornblower not only in the original stage production, but also in a 1921 silent film version and in the 1930 talkie (directed by Alfred Hitchcock!). Hitchcock was a special fan of Gwenn’s: he also cast him in the Strauss bio-pic Waltzes from Vienna (1934), Foreign Correspondent (1940, against type as a hired killer), The Trouble with Harry (1955) and a 1957 episode of Alfred Hitchcock Presents, his last performance. 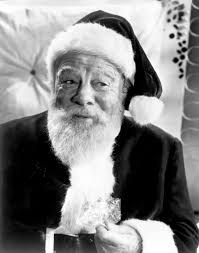 During his American years he also starred on Broadway in The Wookie (1941-42), appeared in Katharine Cornell’s production of The Three Sisters (1942-43) with Judith Anderson and Ruth Gordon, as well as Somerset Maugham’s Sheppey (1944) directed by Sir Cedrick Hardwicke, and You Touched Me (1945-46), a Tennessee Williams adaptation of a D.H. Lawrence story. Gwenn was also very active in radio productions.

Edmund Gwenn was the brother of actor Arthur Chesney and a cousin of actor Cecil Kellaway.