The Potty Mouth of Pearl Williams 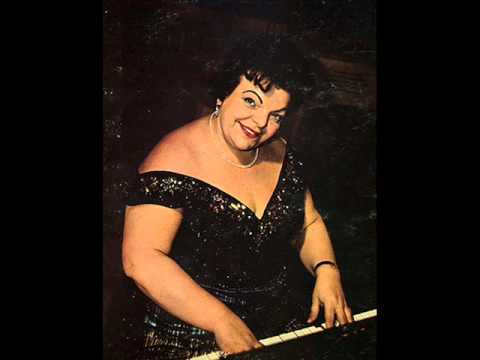 Pearl Williams (Pearl Wolfe, 1914-1991) was one of a generation of raunchy entertainers who emerged in the 1950s and ’60s and specialized mainly in comedy records. Some, like Lenny Bruce, managed to mainstream. Some, African American, initially worked the chitlin’ circuit before achieving success in films and TV like, Richard Pryor, Redd Foxx, Lawanda Page etc. And, for whatever reason, there were several Jewish women in the mold of Sophie Tucker, but more risque. They basically sang naughty songs and told dirty jokes. Of these, Totie Fields gained the widest recognition, but there were also Rusty Warren, Belle Barth, and Pearl Williams.

Williams had worked for over a decade as a secretary before becoming a professional piano accompanist at the age 34 in 1938. For years she played with the bands of Louis Prima and others. By the ’50s she became a solo entertainer and got much positive reinforcement for saying outrageous things. A lot of these japes were sexual, but not all. A lot of of it was gross-out bodily stuff.  “If this doesn’t work out, I have another job,” she quipped, “I insert Get Well cards into boxes of Kotex”. Or…”Having trouble with a cough? Try eating a box of Ex Lax — you’ll be afraid to cough!” She became popular in New York cabarets as well as night clubs in Miami and Las Vegas. She released about a half dozen comedy albums in the ’50s and ’60s — you’ll find them amply sampled on Youtube. Check them out if you need a laugh today! In 1974 she enjoyed some rare national limelight when she made personal appearances on The Mike Douglas Show and The Tonight Show with Johnny Carson. She retired in 1984.

To learn more about variety entertainment, please see No Applause, Just Throw Money: The Book That Made Vaudeville Famous,