Keenan Wynn: Hub of the Universe 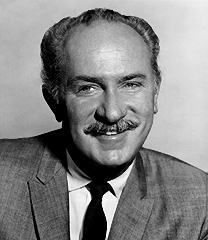 I have had some three dozen occasions to mention character actor Keenan Wynn (1916-1986) on this blog, and I’ve even delivered a talk about him, but I’ve not given him his own post on Travalanche. The reason? Because, here, as in life, he has been overshadowed by his famous dad, the great vaudeville, Broadway and movie clown Ed Wynn. It was the great battle of the younger Wynn’s life, but at this point, you know what? That’s crazy. Even I will concede that they’re about equally obscure (or famous, if you prefer) by this point. And Keenan progeny, some of whom literally bear both his first and last name, toil in the vineyards of show biz to this day. So let’s shine the spotlight on him, because he was great.

Let’s start with some orientation. If you’re a Baby Boomer or a Gen Xer, odds are good that you know Wynn’s work very well, even if you don’t know his name. He was still a familiar face on movie and TV screens through his death in 1986. He had highly distinctive gravelly but pleasant voice, and sported a dandyish mustache that was his generation’s equivalent of hipstery (it evolved over the years with trends. In his early years it was pencil thin, later it was just shy of handle-barred, and later he wore it bushy). His late work included the Disney movies The Absent-Minded Professor (1960), Son of Flubber (1963), Herbie Rides Again(1974), and The Shaggy D.A.(1976), and the horror films Orca (1977) and Piranha (1978). He was the voice of the Winter Warlock in the 1970 Rankin-Bass holiday special Santa Claus is Comin’ to Town. THAT guy.

But that was toward the end of his life. We take you now to the beginning. As we mentioned, he was the son of the star Ed Wynn. His namesake and maternal grandfather was Broadway actor Frank Keenan. His early years were spent in palatial splendor at a fabulous estate in Great Neck, New York. His father had amassed great wealth as a self-producing Broadway star. Family connections allowed Keenan to follow in his father and grandfather’s footsteps. He went directly into Broadway (in appropriately small parts) at the age of 19 in 1935, and continued to act there, through nine productions, through the early ’40s. Physically and temperamentally he was much more like his grandfather Frank Keenan than like his father, which is one reason one might not automatically draw a connection between the two. While Keenan could be very funny, it was in a straight, deadpan sort of way. He wanted to be an actor, not a clown or a fool (Ed Wynn was billed as “The Perfect Fool”). He thought his old man was way corny. 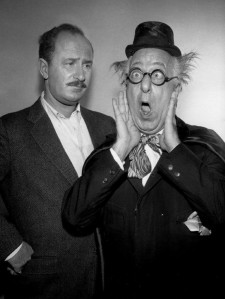 But by the end of his Broadway run, Keenan’s own stage persona began to emerge. He was playing characters with names like Nicky and Nutsy. He was very much of his own generation. During the ’40s he became a popular radio actor. Jim Backus became a good chum . And he next broke into films. His characters were often fast-talking funny guys, operators of one kind or another, the kind of guy who calls strangers “pal ” or “mac”. Though it’s from a little bit later, I’ve aways thought of his part in A Hole in the Head (1959) as the quintessential Keenan Wynn role — a big deal promoter who bets big at the racetrack. Something about swing era lingo, an easy familiarity, a showy American friendliness that can evaporate in an instant if there’s not an angle in it. 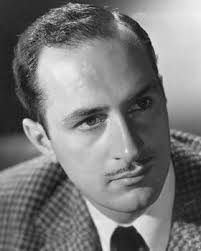 His son, Ned Wynn (Edmond Keenan Wynn) wrote a great book We Will Always Live In Beverly Hills that relates a chilling episode in his life when Wynn’s best friend Van Johnson walked off with his wife, as part of a studio maneuver to prove he wasn’t gay. Wynn played Johnson’s best friend in the movies, but this was the end of their real life friendship. Wynn broke into films during World War Two. While he didn’t serve himself, many of his early roles were soldiers. His first movie role was an army sergeant in Somewhere I’ll Find You. (1942). He played Robert Walker’s best friend in the Private Hargrove movies and was promoted to major in Marriage is a Private Affair (1944) with Lana Turner.

By the 60s, Keenan was no longer the breezy young hustler and his roles began to reflect that. This is when he transitions into the crankier character actor many of us remember. He has smaller roles in some classic films during these last years. He had a show-stopping turn in Stanley Kubrick’s Dr. Strangelove (1964) as Lt. Bat Guano (“You’ ll have to answer to the Coca-Cola Company”). 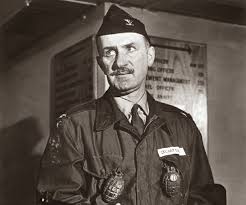 That same year you could catch him in Jerry Lewis’s The Patsy, the Frankie and Annette musical Bikini Beach, and The Americanization of Emily. The following year he played Tony Curtis’s sidekick in Blake Edwards’ The Great Race. Then came things like Point Blank (1967), The War Wagon  (1967), Finian’s Rainbow (1968), Once Upon a Time in the West  (1968), Mackenna’s Gold (1969), Bob Hope’s last movie Pardon My Reservation (1972), and Robert Altman’s Nashville (1975), in addition to the films we’ve already named and many others. He was booked to play Perry White in Superman: The Movie (1978) but suffered a physical collapse, necessitating the recasting of Jackie Cooper. (A real lost opportunity for him and for us — he would’ve been great in that role!) During his last years he also did a lot of TV: guest shots on shows like Kolchak: The Night Stalker, Emergency!, The Bob Newhart Show , Dallas (recurring), Fantasy Island , Supertrain, St. Elsewhere , Quincy, M.E. and Taxi. Towards the end he was also a regular on two short-lived series: Call to Glory (1984-85), in which he played the dad of a pre-Coach Craig T. Nelson, and The Last Precinct (1986) a police sit-com starring Adam West and Ernie Hudson! He was only 70 when cancer took him. He was a very hard-working guy. 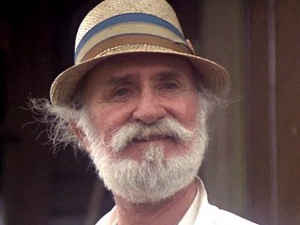 Now, I called Keenan Wynn the Hub of the Universe in the header and while I admit that was hyperbolic, I haven’t said why yet either. In addition to his famous father and grandfather and his famous friends, Wynn was the father-in-law of Paul Williams, the uncle of the Hudson Brothers (and thus great-uncle of Kate Hudson and uncle-in-law of Goldie Hawn), father of Tracy Keenan Wynn (Ned’s brother), who wrote the screenplays for The Longest Yard, The Autobiography of Miss Jane Pittman (both 1974), The Deep (1977), et al. His granddaughter is stage and screen actress Jessica Keenan Wynn, best known for Heathers: The Musical.

To learn more about show biz history, please see No Applause, Just Throw Money: The Book That Made Vaudeville Famous, and for more on classic film, please read Chain of Fools: Silent Comedy and Its Legacies from Nickelodeons to Youtube.