Your Favorite Classic Comedians on Travalanche: 2020 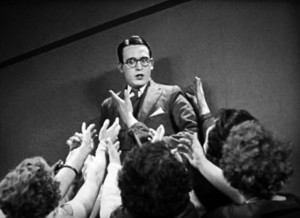 A reader got in touch yesterday to comment on a list we shared here about five years ago which reported on the popularity of the various classic comedians on Travalanche (he was pleased to see that Burns and Allen ranked so high). I’ve updated the list this morning, and was well pleased by the results. Back in 2015, I was a little nonplussed (and concerned) that certain major figures (e.g. Harold Lloyd, W.C. Fields, Mae West), weren’t ranking where I thought they should. Was I not doing my job properly? Or had these figures really slipped that much in public recognition? But the present results were very gratifying and much more in line with what one would expect.

I’ve focused the list more narrowly this time on classic comedy (silent era through the 1940s). While many more modern comedians also rate high, that’s a different list. Also, overall the numbers of readers for these posts is up something like five to ten times what they were five years back, also very gratifying.

For my own purposes I create these lists as a kind of measure of what I’m doing, to help me determine future content. I share them, however, because I think it may be an anecdotal gauge of the relative popularity of these vintage comedians with the general public, which may be of interest.

Anyway here are the rankings: These are the film comedians YOU like to read about, in order of popularity (click on the links to read about the comedians). I reiterate, these are based on the statistics of who reads what on Travalanche:

The above stars all enjoy well into five figures of readers. The next level down (four figures) are:

11: Burns and Allen: They’ve slipped a little, but not more than they should have, given who bumped them lower.

12. Buster Keaton: Many comedy and film buffs are always shocked by this but not me. On Travalanche, Keaton remains about one-sixth as popular as Chaplin. I think if you did a Q Factor poll, this would prove out similarly amongst the general population.

13. Roscoe “Fatty” Arbuckle” — part of his standing can of course be accounted for by the scandal

14. Weber and Fields: Very gratifying, as I have engaged in an active campaign to raise awareness of this pivotal comedy team

16. Smith and Dale: A wonderful development, not unlike the justice in having Weber and Fields here. Part of their success in the present context may be accounted for (I intuit) by screenings of The Sunshine Boys)

20: Joe Cook: Still kind of a surprise that this post ranks at all; the only reason I can think of is that there is probably next to nothing on Joe Cook elsewhere on the internet

Right after this: several comedians are all neck and neck for the next highest, with differences so small they no doubt change on a daily basis:  Bob Hope, Jerry Lewis, Red Skelton, Edgar Bergen, Joe E. Brown, Thelma Todd (which has a true crime angle), and Olsen and Johnson, followed by Wheeler and Woolsey (who are at about 2/3 of those others) and Larry Semon, who didn’t make it here at all last time. Danny Kaye has dropped off the list completely. My new concern (though it hardly keeps me up at night) is that some of THESE aren’t ranking higher! We’ll see what we can do.

And as before, some people I consider pretty important didn’t even chart, like Harry Langdon, Mack Sennett, Hal Roach, Mabel Normand, and Charley Chase. And of course I’ve written about several hundred comedians here — but most are too obscure nowadays to garner more than a few hundred page views.