The Vaudeville of Mr. T. 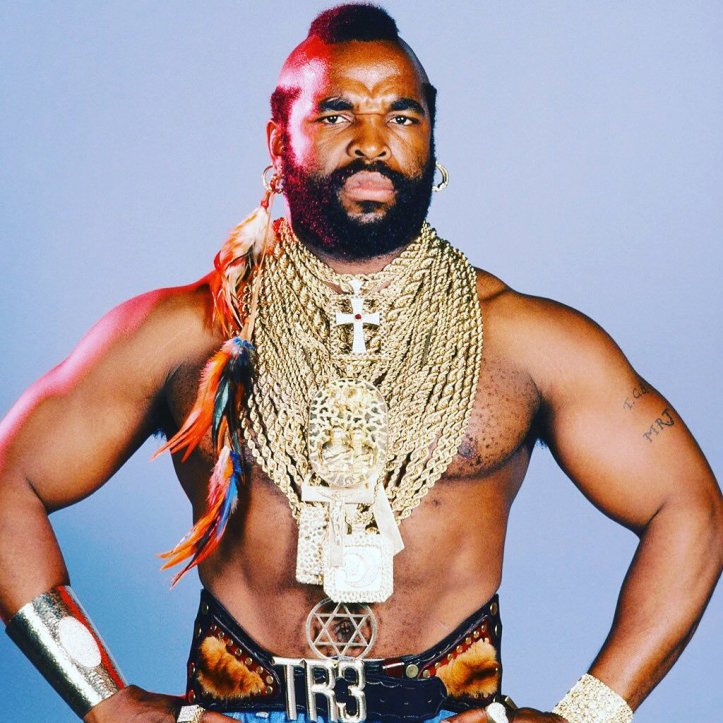 Today we show respect to the very large personality known as Mr. T (Lawrence Turead, b. 1952).

Reduced by the public to a catchphrase and an iconic look, Mr. T. is actually a complex welter of contradictions. The core of his identity emerged in 1970 at the height of the Black Power movement, yet he is chiefly associated with the Reagan ’80s. He wears a Mandinka inspired hairstyle, and devised his name to force white people to call him “Mister” instead of “boy”. As with the rappers who came to fame at the same time, his bling is a gesture of conspicuous consumption. His persona was “threatening”, yet Nancy Reagan famously sat on his lap and kissed him. Like many celebrities, he is above ALL a celebrity, not in any depth an actor, athlete, or activist, yet someone you would pay to see. (There are few people I would ever pay to see in person. Mr. T. is one of them.) And yes his frequent guest shots on TV variety and talk shows convince me he absolutely would have been great in vaudeville. He would have been terrific as a combination strong man, comedian and raconteur. There were many such acts in vaudeville. (Naturally, historic vaudeville was segregated and the opposite of racially progressive in its own time. But if there had been live vaudeville in our era…)

Mr. T was a star high school athlete (football and wrestling) in his native Chicago. He actually attended college for a year (majored in math!) and served in the army, before working as a nightclub bouncer for a number of years. This led to being a personal bodyguard for a number of famous clients, including Diana Ross, Michael Jackson, Muhammad Ali, Leon Spinks, and Joe Frasier. How impressive to walk in with THIS guy as part of your entourage! This was, obviously, his pathway to his own celebrity. Skilled in martial arts, boxing, and other fighting techniques, he participated in (and won) some televised tough-guy competitions in 1980. 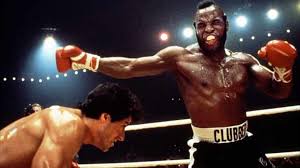 This led to Mr. T’s playing the high profile role of Clubber Lang in the movie Rocky III (1982). There has never been a first impression like this — audaciously preposterous, angry but funny, intractable, unmovable, a ferocious force of nature. He was at once a scary villain and the comic relief. We didn’t know what to make of him at the time. Was that a role? It quickly, emerged that the role was Mr. T. much more than some guy named “Clubber Lang” as he began showing up A LOT on television and other films. 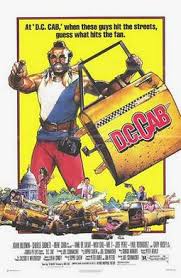 Yes, other films! Or perhaps you have forgotten D.C. Cab, the 1983 ensemble comedy that starred Mr. T, Sanford and Son’s Whitman Mayo, Marsha Warfield, Barney Miller’s Max Gail, Adam Baldwin, and Gary Busey? Or his 1984 TV movie starring vehicle The Toughest Man in the World, in which he played one “Bruise” Brubaker? 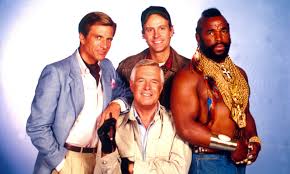 Mr. T.  was no one-hit wonder. He parlayed what may have been a Yakoff Smirnoff-esque fifteen minutes into YEARS of cultural prominence. From 1983 to 1987 he co-starred as B.A. Baracus on the action adventure show The A Team (which I think of as the ULTIMATE Reagan era TV show) alongside George Peppard, Dirk Benedict, and Dwight Schultz. 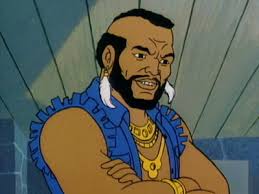 Mr. T. did guest shots on Silver Spoons and Diff’rent Strokes. He was on Bob Hope specials, and the talk shows of David Letterman and Merv Griffin! He was the subject of a Dean Martin Celebrity Roast, and on the Jerry Lewis Telethon! 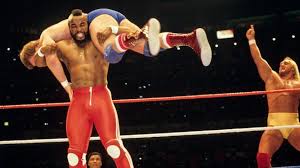 Starting in 1985 he began wrestling with the WWF!

And basically, it has never actually stopped. His roles and personal appearances have continued throughout the decades, although he dropped the jewelry after spending some time with Hurricane Katrina victims and realizing that his level of ostentatiousness may not be appropriate for all occasions. And I imagine he hasn’t said “I pity the fool” for years, although he no doubt still does. One of his most recent high profile appearances was a 2017 stint on Dancing with the Stars.

To learn more about vaudeville, including TV variety, please see No Applause, Just Throw Money: The Book That Made Vaudeville Famous.