Pat Carroll (b. 1927) has been entertaining audiences for over 70 years. I certainly recognized her onscreen when I was a kid, and that was three decades after she’d originally got rolling. Short, round, and always smiling and laughing (with rather prominent teeth), she seemed sort of a mix of Carol Channing (with that husky voice), Kay Ballard, Imogene Coca, and even, dare I say, Eileen Heckart. Funny, talented, and odd ladies, if that doesn’t sound mean?

A graduate of Catholic University, Carroll started out performing in nightclubs and resorts in the mid ’40s, and acted in over 200 stock productions before her Tony nominated Broadway turn in Catch a Star in 1955. Her true medium, however turned out to be television — variety shows, in particular. Starting in the mid ’50s she appeared on The Red Buttons Show, Max Liebman Presents, The George Gobel Show, The Dennis Day Show, The Charlie Weaver Show, The Jimmy Durante Show, The Mickey Rooney Show, The Ann Sothern Show, The Red Skelton Hour, The Steve Allen Plymouth Show, The Dinah Shore Chevy Show, Caesar’s Hour (she was a regular from 1954-57 and won an Emmy), The Ed Sullivan Show, The Tonight Show with Jack Paar (and also with Johnny Carson), The Arthur Murray Party, The Mike Douglas Show, The Danny Kaye Show, The Carol Burnett Show, and more. 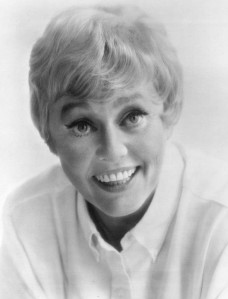 You could also see her on sitcoms. She was a regular on The Danny Thomas Show (1961-64), and she had memorable guest spots on The Mary Tyler Moore Show, Love American Style, Laverne and Shirley, and The Love Boat. She was a regular on Too Close for Comfort, and also on some earlier, shorter-lived shows, such as Getting Together (1971) starring Bobby Sherman), and Busting Loose (1977) starring Adam Arkin.

One of her most memorable performances was as Prunella, one of the “ugly stepsisters” in the 1965 presentation Rodgers and Hammerstein’s legendary TV musical Cinderella. 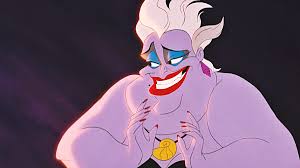 As the years went on, the bulk of Carroll’s work became cartoon voice-overs. Her most famous performance in that area was the voice of Ursula in Disney’s The Little Mermaid (1989), in some ways the climax of her career. Her most recent credit was a regular role on the animated series Tangled (2017-18).

To learn more about show biz history, including TV variety, please see No Applause, Just Throw Money: The Book That Made Vaudeville Famous, and for more on classic comedy please read Chain of Fools: Silent Comedy and Its Legacies from Nickelodeons to Youtube.