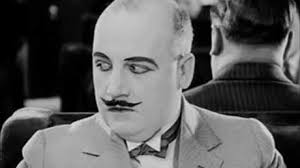 A native of the Hudson River town of Newburgh, New York, Coleman started out acting with barnstorming outfits like the Bennett-Morton Stock Company. By 1915 he had made his way to Chicago, where he appeared in Charlie Chaplin’s first film at Essanay, His New Job. Bit by the movie bug, he moved to Los Angeles at roughly the same time as Chaplin, appearing in three other Essanay comedies with him, The Bank, A Night in the Show, and A Burlesque on Carmen, also in 1915. When Chaplin moved to Mutual, Coleman was put on contract there, supporting the great comedian in nearly all of his films of 1916 and 1917.

Stout supporting actor Coleman was in nearly 50 comedies over his dozen-year film career. In addition to the Chaplin association he also worked at such studios as L-KO, Hal Roach, Mack Sennett, Fox, and Vitagraph supporting the likes of Harold Lloyd, Harry Langdon, Larry Semon, Charles Murray, Polly Moran, Ben Turpin, Heinie Conklin, Vernon Dent, and Lew Brice. His last film was Slippery Silks (1927), directed by Jules White and starring Lige Conley, and Babe London. His exit from films at the time of the dawning of talkies may or may not be a coincidence.

To learn more about show biz history, please see No Applause, Just Throw Money: The Book That Made Vaudeville Famous, and for more on silent film comedy please read Chain of Fools: Silent Comedy and Its Legacies from Nickelodeons to Youtube.