The Life and Martyrdom of Philip Loeb 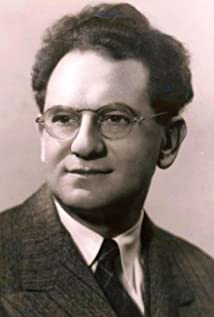 A somber story to contemplate during chaotic times, and I’m in no mood to mince words today about its lessons.

Philip Loeb (1891-1955) was a Jewish-American actor from Philadelphia. Following three Broadway supporting parts, he served in World War One and then returned to take part in another three dozen shows, many with the Theatre Guild. Some notable ones included The Guardsmen (1924) with Lunt and Fontanne; two editions of the Garrick Gaieties, which he both performed in and directed (1925 and 1930); The Goat Song (1926) with Lunt, Fontanne, Edward G. Robinson, Zita Johann, Erskine Sanford, Dwight Frye and Harold Clurman (what a cast!); the original production of June Moon (1929-30) by George S. Kaufman and Ring Lardner; The Band Wagon (1931-32) with Fred and Adele Astaire, Frank Morgan, and Helen Broderick; Flying Colors (1932-33) with Charles Butterworth, Patsy Kelly, Clifton Webb, Imogene Coca, and Buddy and Vilma Ebsen; Life Begins at 8:40 (1934-35, direction only) with Ray Bolger, Bert Lahr, Brian Donlevy, and Dixie Dunbar; the original stage production of Room Service (1937-38, he also appeared in the 1938 Marx Brothers screen version); Sing out the News (1938-39); the original production of Clifford Odets’ Night Music (1940); and Seven Lively Arts (1944-45, directed comedy sketches).

In 1948 Loeb appeared with Gertrude Berg in her play Molly and Me, which led to his being cast in the TV series that resulted, The Goldbergs starting in 1949. He was to achieve his greatest fame as Jake Goldberg. He also played supporting roles in a handful of films and tv shows like The Ford Theatre Hour and Suspense.

Unfortunately in 1950 Red Channels published Loeb’s name among its ongoing list of suspected Communists and Communist sympathizers. He denied he was any such a thing, and Berg stubbornly stood by him, refusing to fire him. When the show’s sponsors threatened to pull their advertising, Loeb voluntarily left the show. He then returned to Broadway to appear in a revival of Ibsen’s The Wild Duck (1951-52), and the play Time Out for Ginger (1952-53) with Melvyn Douglas, Conrad Janis, and Nancy Malone. After this, he toured with the latter show, and performed in its 1954 Chicago production.

Finally, in 1955, despondent over the state of his career and his finances, as well as the recent death of his ex-wife and the stress of caring for a mentally ill son, Loeb committed suicide by taking an overdose of barbiturates. Considered an outcome of the Hollywood blacklist, Loeb’s death was the inspiration for the suicide of Zero Mostel’s character in the 1976 movie The Front. Mostel, himself blacklisted in the ’50s, had been a friend of Loeb’s.

I’ve read that the FBI cleared Loeb’s name just a few days after his death, although in all likelihood it would have taken him several more years to get his career going again. And here’s where I won’t mince words. As I write this we are living in a new time of right wing myopia, intolerance and obstinacy, and now, as then, it is both ruining and ending people’s lives — by the millions. The current President, in point of fact, was a protege of the loathsome bully Roy Cohn, cohort of Joseph McCarthy. If you have any part in the culture that supports this murderous President, the crooks in the Senate who’ve protected him, or their symbiotic oligarchs, please do us all a favor and grab your ass in your hand and GET OFF THE EARTH. If you are a fan of this regime, you are clearly cut of the same cloth as the people who hounded Philip Loeb to his death. You can either try to be compassionate in this world, or you can double down on your evil. If you choose the latter, I have no idea what you’re doing here on this blog, where we make a daily attempt to celebrate human life.