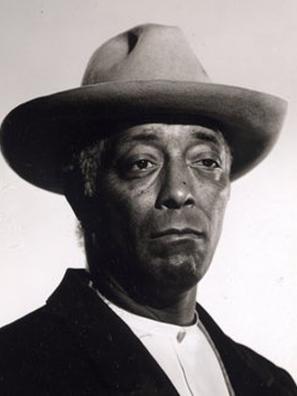 In these films Hernandez registers as a solid supporting player, speaking with what sounds like classical diction. His background proves more colorful though. The son of an Afro-Puerto Rican father and a Brazilian mother, he grew up in San Juan and spent his young adulthood in Rio de Janeiro, where he worked as an acrobat in a circus, a busking singer, and as a boxer named “Kid Curley”. From there he went into vaudeville and minstrelsy in the States, as well as legit theater including the first national tour of Show Boat (1927), and the Broadway shows Fast and Furious (1931), Savage Rhythm (1931), The Marriage of Cana (1932), Black Souls (1932) and Sailor Beware (1935).

During this period he also appeared in first talkies, the Oscar Micheaux films The Girl from Chicago (1932), Lying Lips (1939) and The Notorious Elinor Lee (1940) as well as another race film, Harlem is Heaven (1932). It was during these years that he worked very hard to acquire that vaunted diction, which allowed him to be hired on radio, in such shows as Mandrake the Magician and The Shadow, as well as many others. He then returned to Broadway for the show Strange Fruit (1945) and Set My People Free (1948). He also occasionally appeared on television on shows like Johnny Staccato and Route 66.

To learn more about vaudeville and related variety arts, consult No Applause, Just Throw Money: The Book That Made Vaudeville Famous