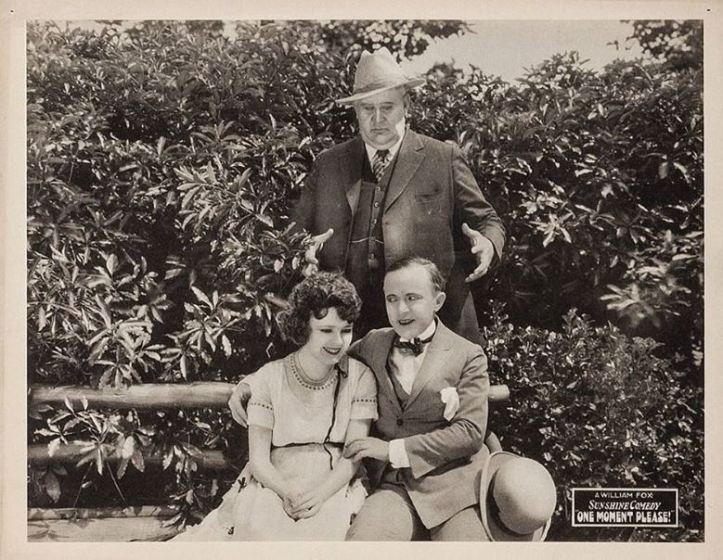 Screen comedian Harry Depp (1883-1957) was a little fellow in the vein of Bobby Vernon, Bud Duncan and Harry Langdon, though Langdon wouldn’t make it to the screen until years later. Originally, from St. Louis Depp started out in regional stock and vaudeville before making it to the Broadway stage in the The Hoyden (1907) with Elsie Janis, Joseph Cawthorn, Armond Kalisz, and Mae Murray. This was followed by Klaw and Erlanger’s The Pink Lady (1911) starring Hazel Dawn, directed by Julian Mitchell. The cast for this show includes an Olive Depp; I’ve not ascertained whether she is Harry’s sister or a wife who precedes Nedra Belle Gilosky, whom he married in 1915. Harry was also in the next Hazel Dawn vehicle produced by Klaw and Erlanger, The Little Cafe (1913-14).

Between Midnight (1916), directed by Carter de Haven, was Depp’s first film. In the film he played an accomplice to a crook played by Henry Bergman. Over four dozen silent comedies followed over the next decade, for a diverse array of studios and producers, including Mack Sennett, Al Christie, Universal and others. A couple of notable ones include Rowdy Ann (1919) with Fay Tincher, and the all-star Quincy Adams Sawyer (1922) in which he played a twin to actor Taylor Graves. The Columbia feature When the Wife’s Away (1926), directed by Frank R. Strayer, was Depp’s last silent and his last picture for many years. At this stage, it was reported that he suffered partial paralysis of the face and he went into the real estate business for a time.

To learn more about the vaudeville, please see No Applause, Just Throw Money: The Book That Made Vaudeville Famous, and for more on classic comedy please read Chain of Fools: Silent Comedy and Its Legacies from Nickelodeons to Youtube.