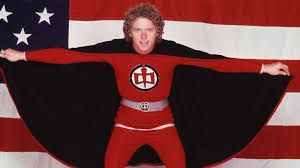 The Dynamite cover below prompts the present memory of the tv show The Greatest American Hero (1981-83) which we post on the birthday of its star William Katt (b. 1951).

Katt is the son of two TV stars, Bill Williams of The Adventures of Kit Carson (1951-55) and Barbara Hale of Perry Mason (1957-66). Knowing this fact reinforces the elements of nostalgia on TGAH that are much easier for me to see from a distance than I did at the time. Chief is the connection to the tv show The Adventures of Superman (1952-58). You might think that would be OBVIOUS, given that TGAH was a show about a mild-mannered fellow who has ALL the superpowers and flies around in a cape. But at the time this show debuted I was fresh off of The Superfriends and The Shazam/Isis Hour, and deep into all the comic books, some of which like DC’s Plasticman, where somewhat comical, as this show was. And that cover of Dynamite connects it to the then-contemporary Superman films. But I mean, a connection to that specific TV show, by way of, again, nostalgic casting (Robert Culp of I Spy was also in the cast) and specific things, like, flying sequences that used both the green screen technique and the sound effect from the Superman show, which takes your mind there, if only subconsciously.

That said, though the show was produced in the early ’80s, the “eighties” as we tend to type them had not yet begun. Katt’s best known previous credit was the boyfriend in Carrie (1976). He still sported those wild curly ’70s locks as the hero of this show, originally named Ralph Hinkley, though that was hastily changed to Hanley when John Hinkley shot Ronald Reagan. By day, Ralph is a high school teacher, of the Blackboard Jungle/ To Sir With Love variety, so mild-mannered that he is often bullied by his own students. He is given his superhero suit by aliens, who instruct him to do good with it, as directed by an FBI agent played by Culp. The problem is, Ralph lost the instruction manual, so now he has no idea of the suit’s properties, or, once he accidentally learns about them, how to control them. So there is lots of slapstick. As a kid, I found this vaguely disturbing. There was something dreamlike about the lameness of his flying ability — I don’t know about you but I have that dream all the time…flying clumsily just a little bit off the ground. But he keeps having these harrowing accidents all the time.

I was not a huge devotee of the show, mostly because I wanted it to be funnier than it was. Created by Stephen J. Cannell (whose best known credit ’til then was The Rockford Files and who would go on to do The A Team and 21 Jump Street), the show kind of walked a line between drama, adventure, and comedy, and for me personally the laughs were too few and far between. But today, when so much has been done in the superhero genre (tongue-in-cheek and otherwise), the show seems closer in every way to The Adventures of Superman than it does to US, giving it an added skein of old-fashioned charm. Oddly, it’s likely the show’s most lasting legacy was its theme song “Believe It or Not” which went all the way to #2 in the pop charts.

Later, there was an attempted spin off, The Greatest American Heroine, and a 2005 reboot. 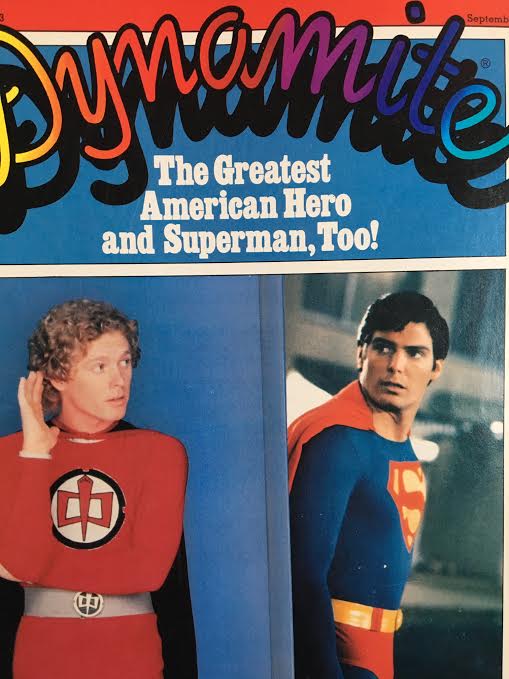