The Stage and Screen Team of Margarita Fischer (and Harry Pollard) 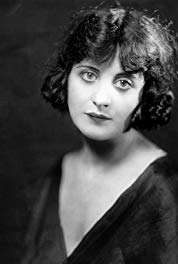 February 12 as the birthday of stage and screen actress Margarita Fischer (1886-1975), sometimes billed as Margarieta Fisher, Margarite Fisher, or Margurita Fisher. She was of Swiss descent; anti-German feeling during World War One caused her to remove the offending “c” from her name in 1918.
Born in Iowa, Fischer moved to Oregon with her family when she was five years old. Her folks ran a hotel in the town of Silverton. Fischer took daily dance lessons as a child, making her professional stage debut at age eight. When she was deemed a prodigy by critics and audiences the family staked everything on her, selling the hotel and forming the Margarita Fischer Stock Company, which later became the Fischer/Van Cleve Company. Fischer was originally billed as “Babe Fischer — America’s Youngest Actress”. By her teens, Margarita was playing adult roles in melodramas and comedies. The 20-strong company toured the West Coast through the death of Margarita’s father in 1906.
From the point, Margarita continued a solo career as an actress, playing at theatres in San Francisco, Chicago and Canada. While performing in vaudeville, she met Kansas actor Harry A. Pollard (1879-1934). As a pair they performed a sketch called “When Hearts are Trumps”. Starting in 1910, they also began acting with the Selig Polyscope Company out of Chicago, still maintaining their theatrical career throughout the west and midwest for several months. They were married while on tour in Golden, Colorado in 1911.
In the teens they acted in scores of westerns, comedies, melodramas, etc, for Selig, Rex, IMP, and Universal, but especially the American Film Company, where did the bulk of their work, and were among the studio’s most important artists.  In 1914, Fischer was voted America’s most popular star in a contest organized by Photoplay magazine. Many of Fischer’s films were directed by Pollard, who initially co-starred but gradually got out of the acting game. The Pearl of Paradise (1916) is one of the best-remembered of these; Fischer had a nude scene in the film. Towards the end of the decade, her films began to get racier. Molly of the Follies (1919) was set at a Coney Island sideshow, and shot on location. Others from this period include Trixie from Broadway (1919), The Hellion (1919), and The Dangerous Talent (1920).
In 1919 there was a blow-up, possibly due to an alcohol problem on the part of Pollard. Pollard left American, separated from Fischer and moved to New York. Fischer remained with American for two more years, then rejoined Pollard, at some cost, as she was sued for breach of contract. She appeared in only three more movies after this: K – The Unknown (1924), Any Woman (1925), and perhaps her best remembered, the 1927 Universal version of Uncle Tom’s Cabin, in which she played Eliza. This last film is especially significant as Fischer had earlier played the blackface** role of Topsy in the 1913 IMP version, undoubtedly something she had also done as a child actress on the melodrama stage.
Fischer retired from films with the coming of sound, 180 screen credits under her belt. After this, she continued to act in local theatre in the Los Angeles area.  Pollard went on to direct the first screen version of Show Boat for Universal in 1929, followed by a half dozen more films. He passed away in 1934.

To learn more about vaudeville, please see No Applause, Just Throw Money: The Book That Made Vaudeville Famous, and for more on silent film please read Chain of Fools: Silent Comedy and Its Legacies from Nickelodeons to Youtube.