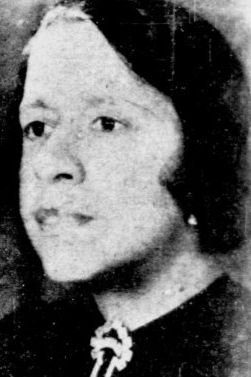 Pioneering African American stage impresario Anita Bush (1883-1974) was the daughter of a Brooklyn-based theatrical costumier, who grew up seeing the best theatre of her day as a consequence. At 17 she began performing in the choruses of Williams and Walker shows, touring with five of them, including productions of In Dahomey and Mr. Lode of Koal. After George Walker took ill circa 1909, Bert Williams became a solo performer. At that time, Bush briefly formed her own vaudeville act, Anita Bush and the Eight Shimmy Babies, but back problems made continuing as a dancer impractical. At this stage she resolved to undertake serious drama.

In 1915 Bush formed the landmark Anita Bush Stock Company at the Lincoln Theatre in Harlem. After a run of several weeks there, she moved to the Lafayette Theatre, where it was renamed the Lafayette Players. Financial problems forced her to transfer leadership of the company to Charles Gilpin, but she remained as a member through 1920, participating in such productions as Goethe’s Faust and the musical Very Good, Eddie. By 1924 there was four separate companies operating under the Lafayette rubric. In 1928, the main company moved from Harlem to Los Angeles, where it operated through 1932. Besides Bush and Gilpin, notable members of the Lafayette Players included Dooley Wilson, Canada Lee, Clarence Muse, and Oscar Micheaux. Company member Ida Anderson branched off and formed her own Ida Anderson Players, which operated in Harlem 1917 through 1929. At least a dozen theatre companies sprang up in Harlem in the teens and twenties in the wake of Bush’s pioneering efforts.

After leaving the Lafayette Players, Bush starred in two silent movies, The Bull-Dogger (1921) and The Crimson Skull (1922). She also performed in Eubie Blake’s 1937 Broadway show Swing It. In later years Bush worked as a secretary at the Negro Actor’s Guild.

To learn more about the vaudeville, please see No Applause, Just Throw Money: The Book That Made Vaudeville Famous, and for more on silent film please read Chain of Fools: Silent Comedy and Its Legacies from Nickelodeons to Youtube.