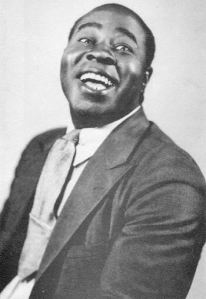 Character actor Fred “Snowflake” Toones (1906-1962) notched 223 screen credits in his 23 year career, all but two of them between 1931 and 1947. Though he worked in every genre, Toones is especially remembered as the comic relief in B movie westerns, and for his appearances in classic comedies. As was common at the time for African American actors, Toones was normally cast as menials: porters, cooks, butlers, bootblacks and the like. As a bit player, he often went uncredited, but very often his billing and his character name, or both, were “Snowflake.”

According to his hometown Lumberton, North Carolina newspaper, Toones (also known as Buster Hayes) had worked as a handyman, chauffeur and train porter prior to being bitten by the bug. He reported entering a Chicago cinema and being convulsed by an African American silent film comedian named “Snowball” (probably Spencer Bell). He resolved then and there to go to Hollywood and try to break into films.

Toones’ first role was the part of a barber in the silent comedy feature Ladies Night in a Turkish Bath (1928), directed by Eddie Cline and starring James Finlayson, Dorothy Mackaill, Jack Mulhall, and Big Boy Williams. Adapted from the play Ladies Night by Avery Hopwood and Charlton Andrews, the film was released by First National (which all goes to the point that it was a major release.) This film is extant, incidentally. 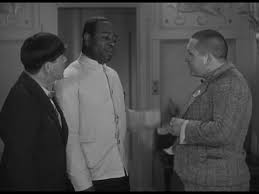 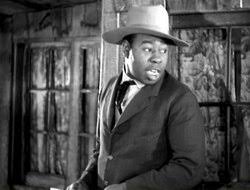 After ending his movie career in 1947, Toones came back just once, to take a TV part in a 1951 episode of Racket Squad.  The fact that he essentially retired at the age of 41, and passed away at 56, indicates that health problems may have plagued his last years. His cause of death was “heart ailment”. According to Republic director William Witney, in his memoir In a Door, Into a Fight, Out a Door, Into a Chase: Moviemaking Remembered by the Guy at the Door, Toones also operated a shoe shine stand on the Republic lot during the years of his contract there (1936-47).

To learn more about vaudeville, please see No Applause, Just Throw Money: The Book That Made Vaudeville Famous, and for more on classic comedy please read Chain of Fools: Silent Comedy and Its Legacies from Nickelodeons to Youtube.