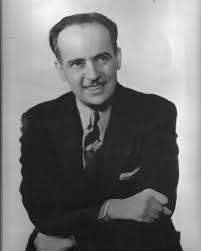 The demise of Paul Bern (Paul Levy, 1889-1932) has long ranked with those of William Desmond Taylor and Virginia Rappe as one of the great Hollywood crime riddles, with many explanations as to cause of death competing with the official and most popular one. I’ll weigh in on the debate. But first, about Bern.

Born in what is now Hamburg Germany, Bern (then Levy) moved to New York City with his family as a child and went on to attend the American Academy of Dramatic Arts. Realizing he had little aptitude for acting, he became a theatrical stage manager for a time. By 1919 he’d gotten his first screen credit as a writer (Greater Than Love, directed by Fred Niblo). The following year he directed his first film, The Adventures and Emotions of Edgar Pomeroy. Throughout the 1920s Bern worked as a writer, director and editor for Sam Goldwyn, United Artists, and Paramount. Some of his notable projects as scenario writer included Ernst Lubitsch’s The Marriage Circle (1924); Men (1924), starring Pola Negri; The Beloved Rogue (1927), which was later famously adapted by Preston Sturges; and The Dove (1927), directed by Roland West, and starring Norma Talmadge. His better known films as director included Head Over Heels (1922) starring Mabel Normand (whom he dated for a time); Open All Night (1924) with Viola Dana, Adolphe Menjou, and Raymond Griffith; and Flower of the Night (1925) with Negri.

By 1929 Bern was producing for Pathe, and this led almost immediately to a job at MGM, where he became Irving Thalberg’s right hand man. At MGM he had a hand in producing Anna Christie (1930), The Rogue Song (1930), The Prodigal (1931), It’s a Wise Child (1931), and the posthumously released Grand Hotel (1931). At the studio he became known as the “Father Confessor”. Personnel would come to him with problems they were too frightened to bring before the more imposing Thalberg and Louis B. Mayer. Usually the brainy and wise Bern was able to solve it without having to kick it upstairs. Then in 1932, he married Jean Harlow, one of the studio’s hottest and most promising stars.

So this was an important guy, a guy with a lot to live for. Yet two months after his marriage to Harlow, Bern was found dead of a gunshot wound. Nearby was found a cryptic note: “Dearest dear, Unfortunately this is the only way to make good the frightful wrong I have done you and wipe out my abject humiliation. I love you. Paul. You understand last night was only a comedy.”

The official line on the events, according to the studio, the authorities, and the press was that — wait for it — frustrated by his own impotence, Bern shot himself to death. To this day, it’s officially ruled a suicide. It has even been at the center of Hollywood movies about Harlow’s life, as we wrote here. But some very credible sources (Ben Hecht and story editor/producer Sam Marx) put forward a much more believable story, and it’s what I think actually happened. Prior to his marriage to Harlow, Bern had been long involved with a common-law wife named Dorothy Millette, whom he was still partially supporting. Millette had been to visit him on the day of his death, and then promptly committed suicide herself less than 48 hours after Bern’s death by jumping off a ferry boat. In his 1990 book Deadly Illusions, Marx wrote that he had actually been to Bern’s house in the window between his death and the arrival of police, and he saw Thalberg and various studio fixers already there. These and other clues caused him to conclude that the crime scene had been altered to make it look like Bern had killed himself. The “suicide note” could have been written at any time prior to Bern’s death, and is vague and cryptic enough not to have had anything to do with the final event of his life (Marx believed it had been accompanied by a bouquet of roses). And Bern was actually murdered by Millette.

Both stories are equally tawdry of course, but MGM’s official one at least omits the detail of Bern living in sin with a woman, with Harlow having stolen her away. The studio’s version moreover enhances the legend of Harlow as a bombshell so intimidating that her husband killed himself for not being man enough. Naturally Hecht and Marx, Bern’s friends, felt a need to set the record straight. Hecht actually got the case reopened in 1960 following a Playboy interview, and as we said, Marx wrote a book. But getting evidence was impossible, especially in light of the fact that both Harlow and Thalberg had died five years after Bern.

Probably the saddest aspect of the lingering legends is that today Bern is only remembered for his last day on earth, and not the many films he helped bring into being for over a decade.