The Mighty Michael Dunn: Raised the Bar for Little People 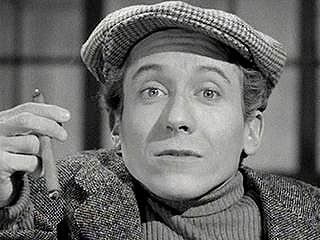 Little People are statistically rare among the general population; so are good actors, to my mind. It stands to reason that individuals who answer to both descriptions would be rarer than rare. In recent years, Peter Dinklage has won justifiable accolades for being such an unusual talent. Today I’d like to extend a shout-out to an actor I like even better, and who came along decades before Dinklage, Michael Dunn (Gary Neil Miller, 1934-1973)

I first knew of the 3’10” Dunn from his recurring role as the demented genius Miguelito Loveless on The Wild Wild West (1965-68) and as Alexander in the Star Trek episode “Plato’s Stepchildren” (1968). Little People who were trusted with roles requiring actual acting were close to nonexistent prior to him. There were Harry and Daisy Earles, of course, but they weren’t, strictly speaking, very good. Little Angie was pretty good, but his roles were generally quite small.  Billy Barty was a genial comedian and quite a capable actor, though most of his roles were light. But with Dunn, you sensed he could play anything. He radiated a high intelligence and a sensitivity. He had a flair for the Gothic, but also a fierceness that was quite contemporary. Most of all, he was not content to be a spectacle. He did not come up through the sideshow world. College educated, he sang and played the piano, and started out in a sophisticated cabaret act with his partner Phoebe Dorin, who later played Loveless’s assistant Antoinette on The Wild, Wild West. Dunn and Dorin had met while acting in an off-Broadway production called Two By Saroyan. Their performances led to press attention in The New York Times and Time Magazine, and kicked off their careers.

Dunn’s vehicles included a 1963 TV adaptation of Carson McCuller’s Ballad of the Sad Cafe (penned by Edward Albee from the off-Broadway production in which he also appeared), Stanley Kramer’s 1965 film adaptation of Katherine Anne Porter’s Ship of Fools (which earned him an Oscra nomination), an episode of Get Smart, the early Francis Ford Coppola effort You’re a Big Boy Now (1966), the 1968 Rod Steiger thriller No Way to Treat a Lady, the Tennessee Williams/ Liz-and-Dick oddity Boom! (1968), a 1971 version of Murders in the Rue Morgue, a 1972 episode of Night Gallery, and a 1973 episode of Kung Fu. Then came several horror pictures: The Werewolf of Washington (1973) with Dean Stockwell, Frankenstein’s Castle of Freaks (1974), and House of the Damned (1974) and The Mutations (1974), both with Donald Pleasance. His last film was The Abdication (1974) starring Liv Ullman as Queen Christina of Sweden. At the time of his death, Gunter Grass had asked him to star in The Tin Drum. But it wasn’t to be.

Dunn suffered from a variety of conditions beyond his dwarfism. Those familiar with the actor will recall the distinctive waddle in his walk. His skeleton was painfully warped and constricted. His ribcage prevented full lung growth, causing cardiovascular problems. In addition to large amounts of alcohol he has said to have relied on various medications to manage the pain. He passed away in his sleep at the age of 38. 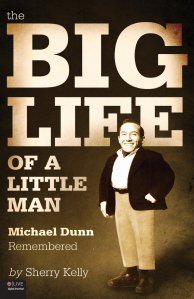 Those eager to know more about the actor may wish to check out The Big Life of a Little Man: Michael Dunn Remembered (2009), written by the late actor’s cousin Sherry Kelly, which contains family reminiscences, personal photos, interviews with people like Dunn’s manager and Phoebe Dorin, insights into his personality, and the occasional revelation, such as the family’s belief that he had once been a Cold War spy in Soviet Russia (an especially attractive notion given the kinds of movies and TV shows that were popular at the time of Dunn’s career!) The book is available here.