Florence Eldridge: Trouper on the March 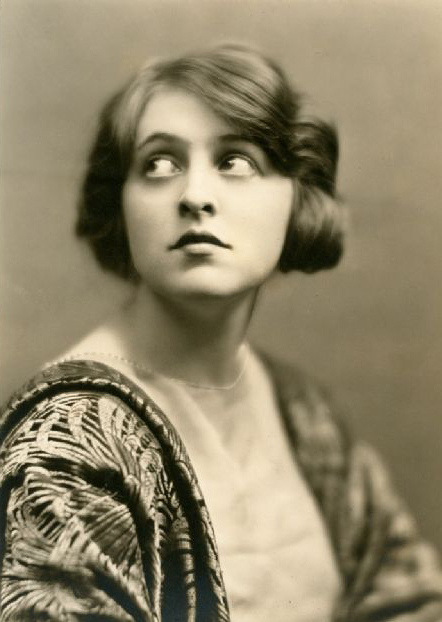 Some words of acknowledgment today for actress Florence Eldridge (Florence McKenchie, 1901-88), not just because it is her birthday, but also because we’ll be speaking about her in a few days in our Stars of Great Neck talk.

A local Brooklyn girl, Eldridge was all of 17 when she got a job in the chorus of Rock-a-Bye Baby in 1918, the start of a 60 year stage and screen career. In 1921 she married Howard Rumsey, owner of an upstate New York theatre chain; after this her Broadway roles got better. She attracted notice in The Cat and the Canary (1922) and the American premiere of Pirandello’s Six Characters in Search of an Author (1923-24), as the well as the original stage production of The Great Gatsby (1926). In 1927 she married her second husband Fredric March, with whom she was to be professionally and matrimonially associated until his passing in 1975.

While Eldridge had been in one silent film Six Cylinder Love, in 1923, her film career proper did not begin until the coming of sound. Some more notable pictures include Thirteen Women (1932), The Story of Temple Drake (1933), Les Miserables (1935), Mary of Scotland (1936), and Another Part of the Forest (1948). Back on Broadway she was in the original productions of Kaufman and Hart’s The American Way (1939), Thornton Wilder’s The Skin of Our Teeth (1942-43), Lillian Hellman’s The Autumn Garden (1951), and O’Neill’s Long Day’s Journey Into Night (1956-58). Almost all of these cast her alongside March. The film version of Inherit the Wind (1960) was the team’s last hurrah. 18 years later she emerged from retirement to take a role in the TV movie First, You Cry (1978) with Mary Tyler Moore.