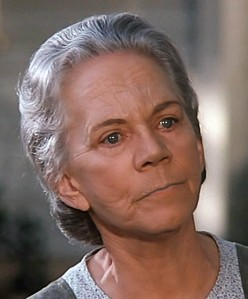 Ellen Corby (Ellen Hansen, 1911-1999) has over 250 screen credits, though today she is remembered almost exclusively as no-nonsense Grandma Walton, who was always scolding Grandpa (Will Geer) who was a bit of a wag. But as frequently happens, I find myself most fascinated by her early career. Her’s does not disappoint. 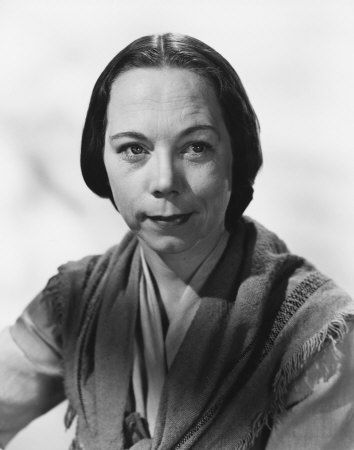 Raised in Philly, where she acted in school plays, Corby was briefly an Atlantic City chorus girl before heading out to Hollywood in 1933. There she found occasional work as a bit player and steadier work as a script girl. At Hal Roach studios she worked on Our Gang, Laurel and Hardy and Charley Chase comedies. And there she met the man she married in 1934, Francis Corby, who’d been a comedy director in the silent days, helming Andy Gump, Buster Brown, and Newlyweds comedies. In the sound era he worked for Roach and others as a cinematographer. At any rate, thanks to the Roach connection you can see Ellen Corby in walk-ons in Laurel and Hardy’s Sons of the Desert (1933), and March of the Wooden Soldiers (1934). She was also script supervisor on Swiss Miss (1938).

Corby also garnered a few writing credits in her early years: she co-wrote the 1936 crime drama The Broken Coin, and contributed to two Hopalong Cassidy westerns, Twilight on the Trail (1941) and Hoppy’s Holiday (1947).

In 1971 The Waltons arrived, and that was pretty much her gig through A Walton Easter (1997), her final credit (aside from a couple of other highly Waltonesque roles). This despite the fact that she’d had a stroke in 1976! She recovered after a few months and kept at it for another two decades.

For more on classic comedy film, where Ellen Corby got her start, please read Chain of Fools: Silent Comedy and Its Legacies from Nickelodeons to Youtube.