On Mandrake the Magician — and His Uncanny Doppelganger! 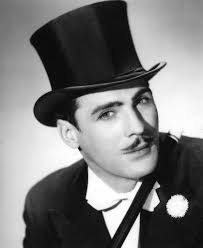 April 11 was the birthday of magician, mentalist, escape artist, ventriloquist, and all around instigator Leon Mandrake (Leon Giglio, 1911-1993).

Raised by his mother and an aunt in British Columbia, Mandrake was bitten by the magic bug early, studying the great masters like Thurston and Alexander when they came to play local vaudeville houses, occasionally running errands for them and asking them for pointers. By the time he was 11 he had made his own professional debut at the Edison Theatre, New Westminster B.C. Three years later he joined a carnival attached to the annual Pacific National Exhibition in Vancouver, where he learned the arts of mentalism, ventriloquism and fire-eating. At the age of 16, he toured with the large-scale magic show of Ralph Richards, a.k.a. The Wizard. By the ’30s he had hung out his own shingle and was getting booked on his own behalf.

Leon had already been performing for a dozen years and was already rocking a look that consisted of a silk top hat, crimson cape, and pencil-thin mustache when Lee Falk debuted his new comic strip about a stage magician who uses his skills of mesmerism, levitation, invisibility, metamorphosis and teleportation to solve crime. Since he already looked like the character, Leon started using the name. The relationship between the two parties appears to have a symbiotic one rather than a rivalry — each party in essence generated free publicity for the other. The name “Mandrake” of course is a nod to the eponymous plant root, long used in magical ceremonies by Pagans.

The two enterprises fed each other over the decades. In 1939, Leon married his assistant, who was named Narda after the character in the comic strip.

That same year Columbia pictures released a movie serial based on the comic strip, with Warren Hull as the titular mage. A radio series ran from 1940 through 1942.

In the ’40s, as vaudeville and other theatres had evaporated as venues, Leon Mandrake began performing more in nightclubs. In 1946, Nardo left his life and his act. His new wife and onstage assistant became Louise Salerno, renamed “Velvet”, who had previously been Blackstone’s assistant. Though already one of the top box office draws in the country, Mandrake bought up the late Alexander’s props and equipment after he died in the mid ’50s, and sometimes performed under that name as well.

By the ’60s, nightclubs too had largely vanished from the landscape, and Mandrake performed mostly at fairs, carnivals, conventions, colleges and the like. He performed his last show in 1985. The comic strip ended in 2013.

To learn more about vaudeville, please see No Applause, Just Throw Money: The Book That Made Vaudeville Famous,