Raoul Walsh (The Most Relevant Bits)

As one would when writing about show business, I have had many occasions to mention Raoul Walsh (1887-1980) here. I have even done a post on his brother George! But I have not yet undertaken a piece on the man himself for the obvious reason that the topic is pretty huge. Walsh had close to 150 film credits as a director in all genres, including westerns, war pictures, crime dramas, melodramas, etc etc etc. At a future juncture, I will definitely do a post on his westerns; believe me, that’s easily material enough for a single post, and probably an entire book. Today, I thought I would hit the subject from two modest angles, more easily tied to the usual themes of this blog: 1) Early Walsh as an actor and director in silents; and 2) Walsh’s comedies and show biz pix, a distinct minority amongst his body of work.

Like fellow western director John Ford, Walsh was an Irish Catholic. Unlike him, he grew up in New York City. After attending Seton Hall, Walsh became a theatre actor in 1909. He started acting in films four years later. His first was the IMP picture The Stranger (1913) with King Baggot. He began directing films just a few weeks later! From 1913 through 1915, Walsh was both an actor AND a director. His most notable role as thespian was John Wilkes Booth in The Birth of a Nation (1915), on which he was also assistant director. 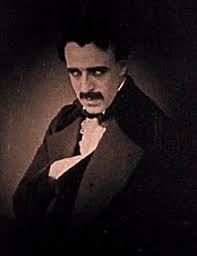 As a director, Walsh’s second film was the remarkable The Life of General Villa (1914) in which Villa played HIMSELF, amidst actual documentary action. Other notable films included The Bowery (1914, which he later remade as a talkie), Carmen (1915, surely partial inspiration for Chaplin’s parody), Regeneration (1915), Peer Gynt (1915), Pillars of Society (1915), Evangeline (1919), The Thief of Bagdad (1924) with Douglas Fairbanks, What Price Glory? (1926), and Sadie Thompson (1928) with Gloria Swanson, in which Walsh returned before the cameras one last time in an acting role. He got that performance in just under the wire. That same year, while directing In Old Arizona in the desert, a jackrabbit jumped through the windshield of his car, resulting in an accident that took his eye, making him thereafter look like this:

I find it especially fascinating, because the most striking imagery from his 1915 film Regeneration concerns this dude:

As I said, we’ll skip over most of Walsh’s talkies today, but I just wanted to mention a few films related to the usual themes of this blog. The Bowery (1933) was a nostalgic comedy set on the storied strip in the gay ’90s, featuring Wallace Beery, George Raft (as Steve Brodie), Jackie Cooper, Fay Wray, Pert Kelton, Herman Bing, Oscar Apfel, George Walsh (as John L. Sullivan), and in bit parts Paulette Goddard and Charles Middleton. He also directed Charles Butterworth in Baby Face Harrington (1935), and Mae West in Klondike Annie (1936). He directed Jack Benny in Artists and Models (1937) and The Horn Blows at Midnight (1945). College Swing (1938) had Burns and Allen, Bob Hope, Martha Raye, Ben Blue, Jerry Colonna et al. He directed the musical St. Louis Blues (1939) with Dorothy Lamour (not to be confused with the 1958 W.C. Handy bio-pic), and also the James J. Corbett bio-pic Gentleman Jim (1939). As a late example, the western comedy The Sheriff of Fractured Jaw (1958) with Jayne Mansfield and English actor Kenneth More is an interesting artifact.

For more on silent film and classic comedy, please read Chain of Fools: Silent Comedy and Its Legacies from Nickelodeons to Youtube